Game Of Thrones stars took over Saturday Night Live, with Kit Harington as host to promote the final season of the fantasy drama.

The actor, who plays Jon Snow in the popular series, was joined by Emilia Clarke, John Bradley and Rose Leslie for SNL's opening monologue.

Embattled British Prime Minister Theresa May was depicted in one of the sketches, with children giving her the thumbs down as they pass her in the street.

In the sketch, Harington played Winston Churchill and kissed May, who was played by Kate McKinnon.

After sharing a passionate kiss with a cigar-smoking Churchill, May walks into Parliament, where Labour leader Jeremy Corbyn informs, her to raucous applause, that she has "solved Brexit". But she wakes up to discover that his words were just a dream.

SNL also featured spoof promos for Game Of Thrones spin-offs, including ``Game Of Thrones: Special Victims Unit'' - a crossover between GoT and Law & Order: SVU. 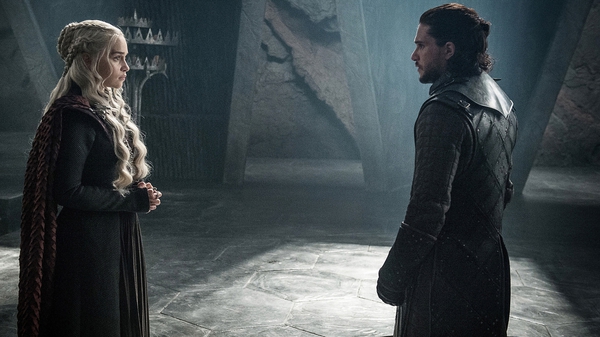