Picture This began their five-night residency at Dublin's 3Arena on Wednesday night and Sinead Brennan was there to soak it all in.

"I've never been more excited for anything in my life as I am for those shows," Picture This frontman Ryan Hennessy told me earlier this year, and the excitement was clear on his face as he walked out on stage on Wednesday night alongside band-mates Jimmy Rainsford, Cliff Deane and Owen Cardiff.

That energy remained until the very last second as he told the sold-out crowd that he never wanted to leave that stage, and the general vibe in the 3Arena was that nobody else wanted him to either.

This was a game-changing concert for Picture This.

Their ambition knows no bounds and the staging was something of wonder. A curved black screen covered the stage and when it was show-time a vibrant montage of music video clips, artwork and imagery spread across it, before it lifted up to reveal the band and their first song, latest single Modern Love.

With their new album MDRN LV, the band experimented more in terms of production and it sounds bigger and bolder than their debut; they're growing as artists, and with the phenomenal lights and visuals on display they show just how far they've come in every regard – and it's a glimpse at where they might go from here.

This was a concert of international proportions and they really are carving themselves out as an act set for global domination. They're ready.

Their new songs came alive in this setting, and they weaved in older hits seamlessly with the more acoustic-driven earlier tunes never swamped by the level of production. It all just worked; they pulled it off to perfection.

The band sounded great and Ryan's vocals were particularly impressive given the level of dancing and running around he was doing. He was made for this frontman business; he had the crowd in the palm of his hand and put on a great show, providing laughs and sharing some moments of disbelief, gratitude and wonder at being in the position he's in.

Picture This just lit up Dublin! Night 1 of 5 ✔🇮🇪 pic.twitter.com/rIAKrO7dBi

The encore, which began with Ryan alone on stage with his guitar for a performance of Jane, before getting everyone dancing with the explosive One Drink, left everyone wanting more, which after performing 20 songs across almost two hours is something.

When We Were Young and Take My Hand finished out the show, with the encore alone showing their entire journey so far – which is hard to believe only started in a shed in Athy a couple of years ago.

If you managed to get tickets for one of these gigs, you are in for something special. I was blown away.

Read next: Sinead Brennan's February interview with Picture This about MDRN LV 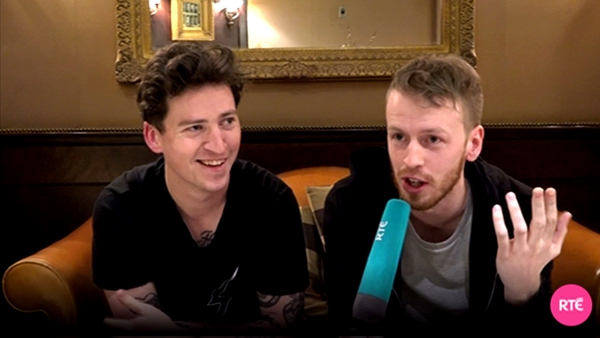