Catastrophe star and co-creator Sharon Horgan has teamed up with The Favourite producers Element Pictures to make Herself, a new film about the housing crisis with Irish stage actor Clare Dunne in the lead role and The Iron Lady and Mamma Mia! director Phyllida Lloyd behind the lens.

US entertainment trade website Deadline, which first reported the story, says Herself is due to begin filming in Dublin at the end of next month from a script co-written by star Dunne and Malcolm Campbell (What Richard Did, Shameless).

Herself tells the story of Sandra, a young mother who gets away from her abusive boyfriend and resolves that the only way for her to get her own home is to build it.

Herself will be produced by Horgan's production company Merman alongside Dublin-based Element Pictures. Fís Éireann/Screen Ireland and BBC Films are among the backers.

So happy to be doing this. Making stories with people you’re mad about. https://t.co/zJBWD9jOk4

"The script is very fresh and full of heart and integrity," Element Pictures' Ed Guiney told Deadline. "Clare wrote it for herself to star in and she's an excellent actress.

"The combination of producers and creatives was an exciting one for us and it's great to be involved in a project with strong new talent. The film's subject will really resonate in the UK, Ireland and the US." 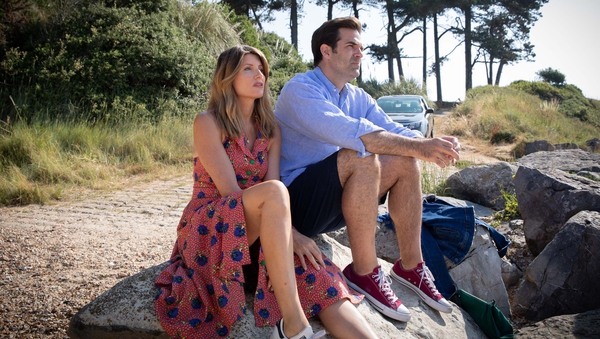