You know something terrible is going to happen from the opening moments of Lenny Abrahamson’s new film. Of course, it’s in the title, and this is a loose adaption of Kevin Power’s novel, Bad Day in Blackrock, but even so Abrahamson has become a master of delivering stinging shocks in his slow-moving and powerful movies.

In Adam & Paul, the tale of two junkies scavenging among the badlands of north county Dublin like Laurel and Hardy trapped in a Beckett play, one awful moment changes everything, while Garage, Abrahamson’s sad story of rural despair, winds to a close with one of recent cinema’s most terrible endings.

Adam and Paul rarely strayed south of the Liffey in their desperate quest for a fix but with What Richard Did, Abrahamson and scriptwriter Malcolm Campbell are deep in the privileged, moneyed world of the south Dublin elite and the social hinterland of college rugby and Celtic Tiger cubs for whom the recession is still but a rumour.

It’s a world already well lampooned by Paul Howard in his Ross O’Carroll Kelly books, but if Ross is a petulant rogue, Abrahamson’s movie methodically excavates an all-too-rarely examined strata of Irish society, and one which deserves close examination in our post-boom anger and confusion.

We meet 18-year-old Richard Karlsen and two of his rugby teammates as they drive down to Wicklow, the back garden of Dublin 4, to enjoy a free gaff which, naturally, is an art deco-style beach house belonging to his parents. Richard is a hero among his group, a natural leader and a moral compass who dispenses wise words firmly but with a friendly smile. He is a star of the rugby pitch and the scion of a happy and openly-affectionate family who are comfortably but not ostentatiously well-off. The world is at his feet and much is expected from him, even in this spawning ground of future leaders and captains of industry.

Richard has it all, including a modulated accent, a turned-up collar and good looks. These are all normally shorthand for Irish social satire but Richard and his mates are likeable and fundamentally decent kids having a laugh while fumbling their way into the vast scary future. But as with any teen regardless of class, Richard is also riddled with jealousy and insecurities, facets of his personality that burst into life one fateful night during the aftermath of a party in Dublin, when he makes a fatal error that will see his charmed life shattered.

Abrahamson’s tone of non-judgemental observation does not change as Richard’s life unravels with a slow but dreadful intensity as he starkly realises he is not the person he and, indeed, everybody else thinks he is. Suspense and tension are also well served here. There is something about the enormity of what Richard has done that seems unreal and we share his disbelief, denial and refusal to let these very real and very terrible events crash into his gilded existence.

In one typically understated scene, we see, in a long shot taken from the back of a car gliding through south Dublin, the things Richard may be about to leave behind forever – the red brick of the leafy and aloof suburbs of Ballsbridge giving way to Leeson Street and, in a very pointed scene, the Satanic black edifice of the Bank of Ireland rearing up from the elegance of Baggot Street.

Cinematographer David Grennan does an excellent job – in the first half of the film, the Wicklow sky at dusk is a vivid red, promising another beautiful day for these young people (or is it the prospect of violence?) but later the heavens take on a foreboding hue as things fall apart. The young, largely unknown cast are uniformly superb with Jack Reynor outstanding as Richard as he carries him from initial buoyant confidence into crisis and then, the final descent into self-flagellating acceptance.

This may seem like a film posing questions about class and privilege, but What Richard Did is really a sympathetic and moving portrayal of a much-lampooned archetype: a rich kid who endangers everything by doing something stupid that is all too believable. If anything, it's a film that quietly insists that human frailty and human stupidity are classless.

But Abrahamson doesn’t do morality tales – he’s much more serious and real than that and this is a beautifully constructed and acted example of his art. 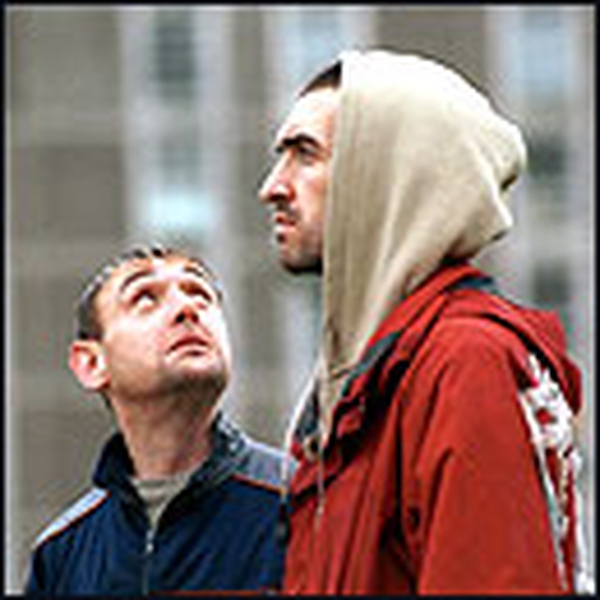