Joe Jonas has revealed that he and Sophie Turner are set to walk down the aisle this coming summer.

"We're getting married this year. We're going to have a summer wedding. I’m looking forward to it. It’s going to be a lot of fun," Joe told James Corden on The Late Late Show.

He also revealed that sports will have a part to play on their big day saying, "You know, her family’s all from England—I figured I’m marrying well. I thought for the first time I’d be marrying into a family where I’d become a soccer fan, like, a football fan, find my allegiance for a team.

"So her whole family doesn’t like football; they like rugby. So now I have to figure that out. We’re going to have a flag rugby game at the wedding and a flag football game. So if all the groomsmen show up with black eyes and broken arms, I’ll be very proud."

Joe was joined on the couch by his brothers Nick and Kevin, and when Corden asked him what he learned from their two weddings, he couldn't help but poke fun at Nick's wedding to Priyanka Chopra joking, "All 18 of Nick’s [were] amazing. I learned from Nick that one is enough. I would say, stick to one. One and done." 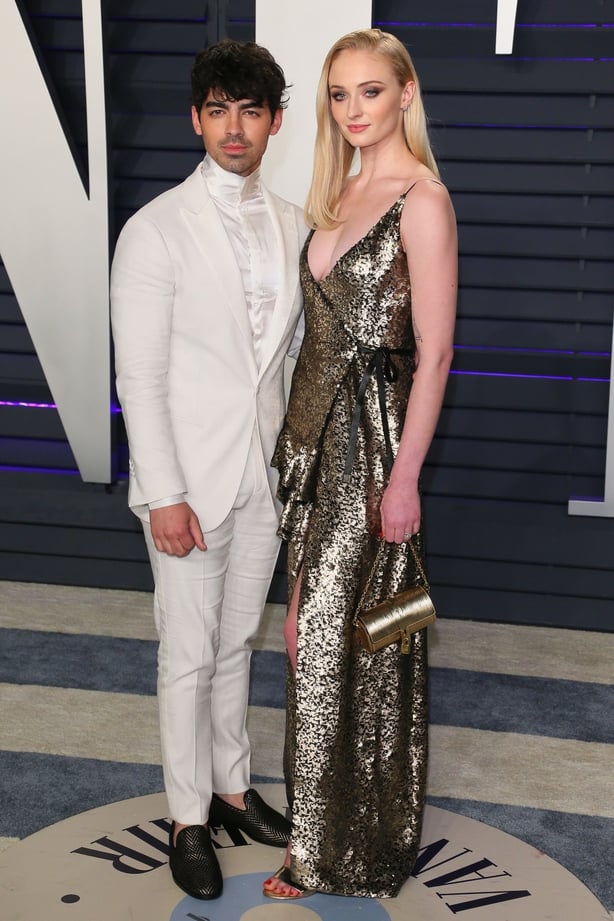