The Jonas Brothers cast their real life leading ladies in their comeback music video, with Sophie Turner, Priyanka Chopra and Danielle Jonas all starring alongside their respective partners Joe, Nick and Kevin.

The Jonas Brothers announced their comeback recently, and teased new music while appearing in a teaser for an upcoming appearance on Carpool Karaoke.

With the release of their comeback single Sucker came a video starring Game of Thrones star Sophie Turner, who is engaged to Joe, actress Priyanka Chopra, who is married to Nick, and Kevin's wife Danielle.

In the video, all six are seen partying in a manor house, and it's great fun.

The self-named J Sisters have been sharing behind-the-scenes posts from the set with their followers. 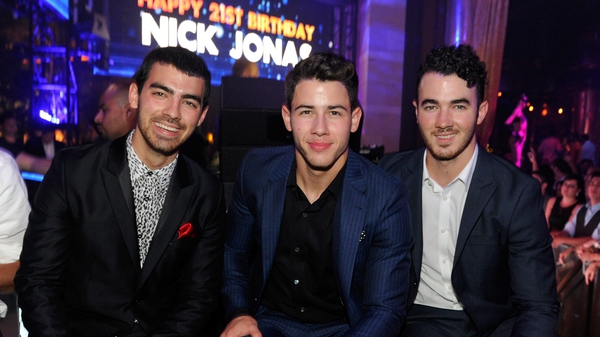