Sarah Jessica Parker has said that she had to ''try to figure out'' how to ''stand up for herself'' on movie sets where she was aware there was harassment going on.

The actress who has been on the film circuit since she was aged-18 was speaking to i newspaper: ''Yeah, I've had my share of it. I've had nothing happen that can compare with some of the most harrowing stories that we've all heard, but I've certainly had to try to figure out how to stand up for myself or at least try to feel comfortable... Be heard to the degree that I can do my work.

''It wasn't rampant but I was certainly aware it's been a cultural, endemic problem for a long time. Even if I wasn't on the receiving end of it, that didn't make me unaware of it.''

The Girls Just Wanna Have Fun star is mother to three children with Matthew Broderick James, 16 and Marion and Tabitha aged-9 and was discussing her new film Here and Now.

The Sex and The City star has said she ''loved every second'' of doing the low-budget movie Here and Now that never had a ''wasted moment'' where she plays the role of a woman with cancer.

The Hocus Pocus actress added: '' There wasn't a hair-and-make-up trailer. I got ready in the back of cars and strangers' apartments and ran from one location to the next. We all just grabbed lunch and kept working.''

Speaking about the third Sex and The City film: ''We were in the process of boarding Sex and the City 3, right when I finished this movie, and I kept telling my producing partners on that film... They said, 'We're fighting for those 53 [shooting] days.' I said, 'We don't need 53 days! We don't need 48 days! We only need 35 days.''

Rumours about the film have been circulating for years and at the end of 2017 the actress when speaking to People magazine in 2017 said: "It’s not just disappointing that we don’t get to tell the story and have that experience, but more so for that audience that has been so vocal in wanting another movie."

The rumour mill had been in overdrive since 2011 when Kristin Davis  who played uber-WASP Charlotte said that there was "another story to tell".

Kim Cattrall, who played PR guru and man-eater Samantha, denounced reports that the reason Sex And the City 3 is not happening was due to her demands.

Taking to Twitter Cattrall said that the only demand she ever made was that she "didn't want to do a third film".

But then, last month, the 53-year-old posted a short video online teasing the return of her iconic character, who she last played in a second SATC movie in 2010.

In the short video, Parker sported a ballerina-style tulle skirt and stilettos as she walked the streets of New York while the HBO show's famous theme tune played in the background.

It remains to be seen. 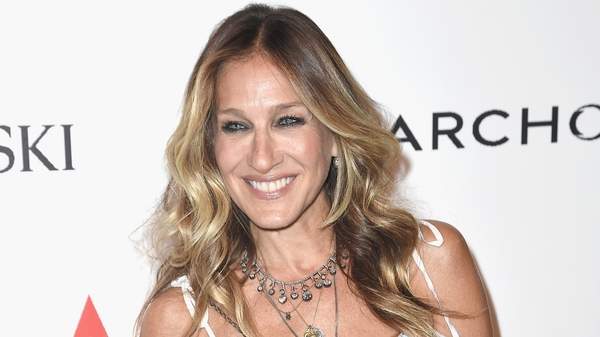