Hugh Jackman has announced that Robbie Williams will be joining him as a guest on his world tour - but The Greatest Showman star did not reveal the date.

Speaking to Marvin Humes's radio show on Capital in the UK, Jackman said he was "a big fan of having guests on tour".

"Concerts should feel like something happened that night that couldn't happen anywhere else," he explained on the red carpet at the Brit Awards at London's O2 Arena.

"So, I don't know if I should say, but Robbie's going to join me at one point."

Jackman is set to play three sold-out shows at Dublin's 3Arena in May as part of his The Man. The Music. The Show tour. 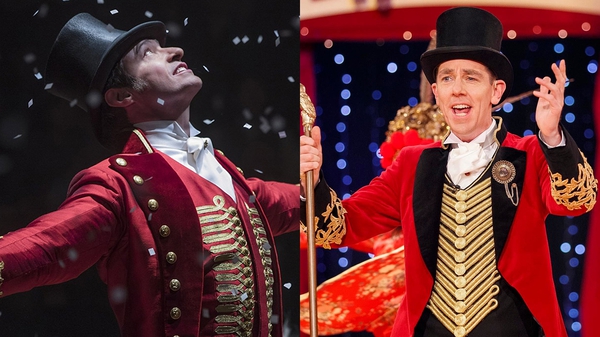