Ariana Grande has been grilled by fans after they discovered that her new hand tattoo of Japanese kanji characters does not read as the title of her single 7 Rings as intended, but instead translates 'Japanese-style barbecue grill'.

The singer showed off her most recent ink on her palm to fans this week, but the eagle-eyed among them were quick to point out the typo.

Grande wrote in a now-deleted Instagram post: "This felt super good @kanenavasard [tattooist] jk (everyone thinks this is a fake hand but it's indeed…. my hand."

And then social media dragged her over hot coals.

"Imagine getting bbq grill tattooed on your palm," another wrote.

for those who are confused, ariana grande got a tattoo on her hand in japanese intended to spell out "7 rings" and posted it on instagram (now deleted), but japanese people in the comments started saying how the REAL translation is bbq grill pic.twitter.com/rF0NvEa9Yv

In a deleted reply, Grande owned up to the error.

"Indeed, I left out '???' which should have gone in between," she admitted. "It hurt like **** n still looks tight. I wouldn't have lasted one more symbol lmao.

"But this spot also peels a ton and won't last so if I miss it enough I'll suffer thru the whole thing next time." 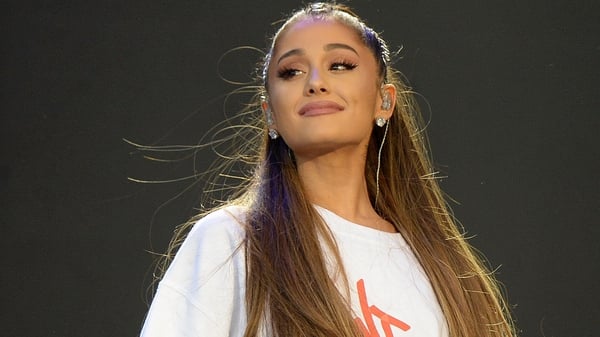