Vogue William's husband Spencer Matthews made a bad impression with an Irish creche headmistress when introducing their new baby Theodore.

Made In Chelsea star wanted to show off the Irish he had learnt from his wife Vogue Williams and impress her as his son would be in her care.

The incident occurred while filming Channel 4's Spencer, Vogue and Baby Too a reality TV show documenting the TV presenter and model and husband Spencer Matthews embracing parenthood for the first time

Vogue Williams revealed that she has been teaching Spencer Irish.

The pair are currently on holiday in St Barths in the Caribbean with their baby after spending the Christmas festivities in Carton House, Co Kildare

The bubbly couple were married last June in Scotland surrounded by their nearest and dearest with Spencer's brother James - who is married to Pippa Middleton - acting as best man on the day.

The couple had their baby boy Theodore in September.

Spencer, Vogue and Baby Too is on Channel 4 Monday 21 at 9pm. 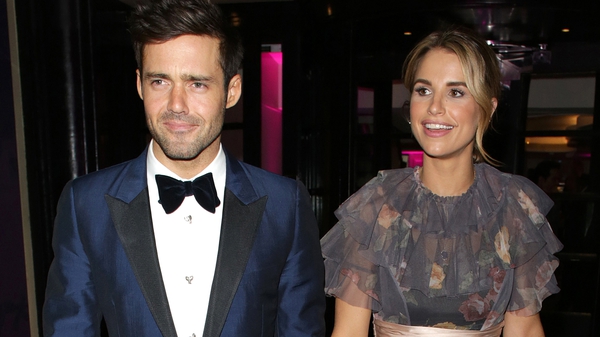