Vogue Williams and Spencer Matthews are celebrating the birth of their first child, a baby boy.

The couple's son was born in London on Wednesday at 3:55am, with the celebrities revealing to Hello! magazine that he weighed 9lbs at birth.

Williams posted a picture of her son's legs on Instagram with the caption: "This morning at 3:55am, we welcomed our son into a quiet London hospital... He is beautiful and healthy. We feel truly blessed."

"Our son arrived this morning and both mother and baby are doing well," Matthews told Hello! magazine.

"I'm so proud of Vogue and we both feel truly blessed to welcome baby Matthews into the world. He's beautiful, just like his mother!"

In April, the mother-to-be was caught out on Brendan O'Connor's Cutting Edge on RTÉ One when she accidentally revealed that she was expecting a baby boy.

Williams was appearing as a panellist on the show when the conversation turned to her decision to post her fitness training videos while she was expecting.

"It's healthy to train during your pregnancy, particularly for me, because I trained the whole way before [becoming pregnant].

"It's like, I'm not eating for two people. My baby is the size of an Heirloom tomato today - I Googled it! So, like, that is not two people! It's a little tomato."

"A little tomato... Is it happy in there right now on television?" inquired host O'Connor.

"He's delighted with himself," Williams replied.

.@voguewilliams talks about training during her pregnancy and has she just revealed her baby's gender?! #CuttingEdge is live @rteone now! pic.twitter.com/vH9Tsh3MNt

Cue laughter, including from Williams.

"I hate you!" she said as the audience applauded. "I knew I would do it!"

"What?! It was that easy!" said O'Connor. "I thought I was going to have to go in from different angles. You fell at the first hurdle!" 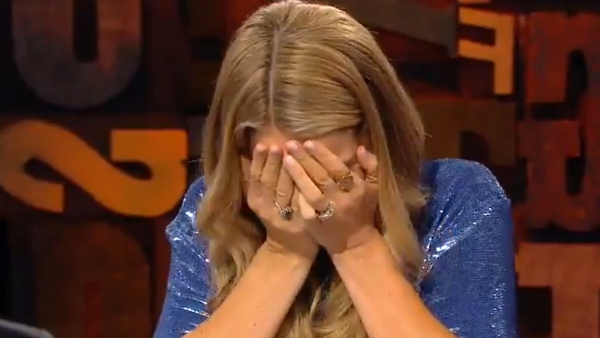