The surviving members of The Cranberries have said that they want their final album, In the End, to be a celebration of the life and work of their late singer Dolores O'Riordan.

Brothers Mike and Noel Hogan and bandmate Fergal Lawler were guests on Jeremy Vine's show on BBC Radio 2 on Tuesday - the first anniversary of Dolores O'Riordan's death - where they discussed the album and premiered the band's new single, All Over Now. The track was also played at lunchtime on RTÉ 2FM in an Irish exclusive - one of a number of tributes across shows on the station.

We were honoured to have the first Irish radio play of @The_Cranberries brand new single #AllOverNow ft the late #DoloresORiordan.

With what sound like nods to The Cure and New Order, the track showcases Dolores O'Riordan at her vocal best with the lyric, "Do you remember? Do you recall? Do you remember? I remember it all" and the heartbreaking chorus of "It's all over now".

"I found that you could only take x amount of time a day to listen to it and take a break from it then," said Noel Hogan of the recordings Dolores O'Riordan had made for the album before her death.

"Now I feel like this album is more of a celebration of this band and Dolores and the kind of legacy that we will leave behind."

The band paid tribute to their late friend's talent, her sense of fun and her openness about the struggles she had faced in life.

Lawler reflected on their "big adventure" starting out and said there was "an awful lot of pressure" on Dolores O'Riordan as the band's singer "as time went by".

They ruled out having another singer performing The Cranberries' songs live.

"She had an unmistakeable voice. It would be hard to replace, so we would never do that."

Looking to their future as musicians, the trio said they hadn't discussed anything outside of promoting the album over the next six months.

In a statement announcing the album's release, Dolores O'Riordan's mother Eileen said: "I can't think of a more fitting way to commemorate the first anniversary of Dolores' passing and to celebrate her life than to announce to the world the release of her final album with the band." 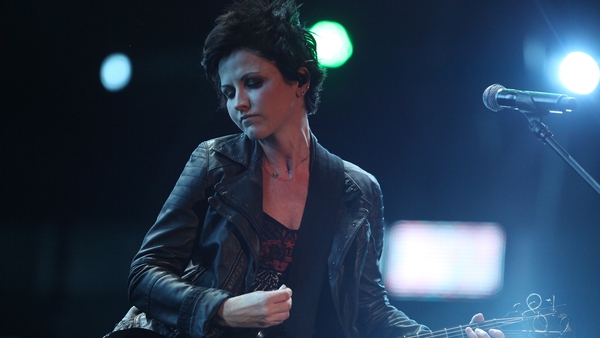