Nicky Byrne has recalled an interaction he and his Westlife bandmates had with Liam Gallagher in the 1990s that didn't quite go to plan.

Nicky and his bandmates Shane Filan, Markus Feehily and Kian Egan appeared on The Graham Norton Show, and following a performance of their new single Hello My Love, took a little trip down memory lane.

"We were a young band in 1998, we'd just signed a record deal over here and we went to the opening of a big store in Bond Street and there were all these superstars including Oasis, who were so big," Nicky said.

"We thought, 'We have to go over and say hello,' so I tapped Liam (Gallagher) on the shoulder and said, 'We're Louis Walsh's new band' and he just said 'F off!'"

With Westlife set to embark on a major tour to mark their 20th anniversary very soon, Nicky also revealed what his children, 11-year-old twins Rocco and Jay, and 5-year-old Gia, think of him going out on the road.

"They are at that stage when they say, 'Dad, you're not going to sing all those rubbish songs from the past are you?'" he laughed.

Westlife kick off their Twenty Tour in Belfast's SSE Arena on Wednesday, May 22. They will play five dates in Belfast, before moving on to Dublin's Croke Park for concerts on Friday, July 5 and Saturday, July 6. 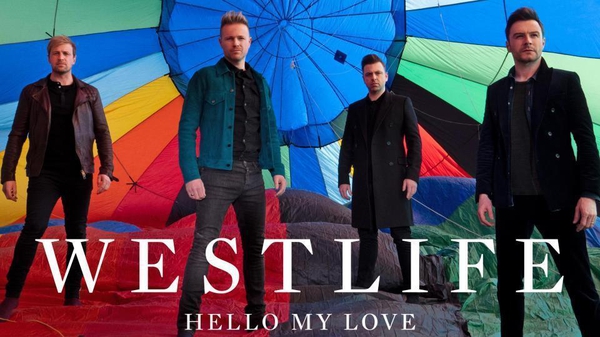