Irish co-production The Favourite is continuing its awards season recognition, leading the nominations for the Critics' Choice Awards, which take place on Sunday night.

The Favourite, which marked Dublin-based production company Element Pictures' third collaboration with director Yorgos Lanthimos following on from The Lobster and The Killing of a Sacred Deer, is nominated for 14 Critics' Choice Awards.

The Favourite star Olivia Colman, who won a Golden Globe for her performance as Queen Anne in the period drama, is once again nominated for her leading performance, and again in the separate Best Actress in a Comedy category.

Watch our interview with Olivia Colman:

The entire cast, which also includes Nicholas Hoult and Joe Alwyn, has been nominated for the Best Acting Ensemble award.

Director Lanthimos has been shortlisted for Best Director, with the film also nominated for Best Picture. It will contend with A Star Is Born, Black Panther, BlacKkKlansman, First Man, Green Book, If Beale Street Could Talk, Mary Poppins Returns, Roma and Vice.

The Favourite was announced earlier this week as the frontrunner for this year's BAFTAs, earning 12 nominations; the most of any film.

The Critics' Choice Awards will take place on Sunday, January 13. 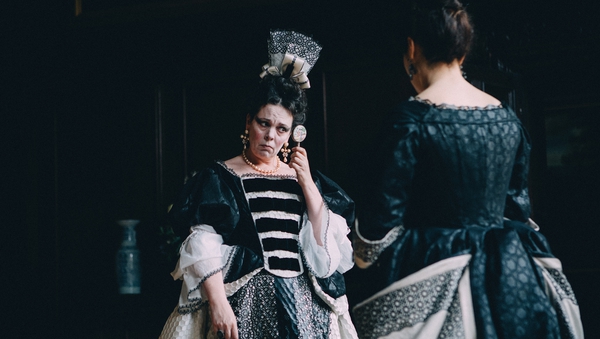