Actor Chris O'Dowd has shared his first publicity headshots online, with presenter Angela Scanlon telling him that they look like "Garda ID".

The Roscommon actor had Twitter and Instagram in stitches when he took a trip down memory lane to share the images from when he was starting out as an actor.

Judging by the photos, it seems like fate that O'Dowd got his big break as IT 'specialist' Roy Trenneman in the Channel 4 comedy The IT Crowd.

Friends and fans did not hold back on social media. The Bridesmaids actor was described as being "an assistant deputy manager in a Carphone Warehouse", "a big loss to Fair City" and "a new independent candidate for the Roscommon county council".

Just found my first headshots in storage, in case any directors are looking for an actor who can both wear and not wear a tie. 🤩 pic.twitter.com/fVyfv2EN5S

You’d definitely topped the uPVC sales chart one of these months. Steak knives!

I didn’t know having ears was only a recent thing for you!

Actor in the streets, accountant in the sheets

"Ohmygod the one with the tie. Serious Chris."

"Tie Chris looks like he knows his way around a photocopier."

Back in the present day, O'Dowd's latest projects include the marital comedy State of the Union and the third series of Get Shorty. 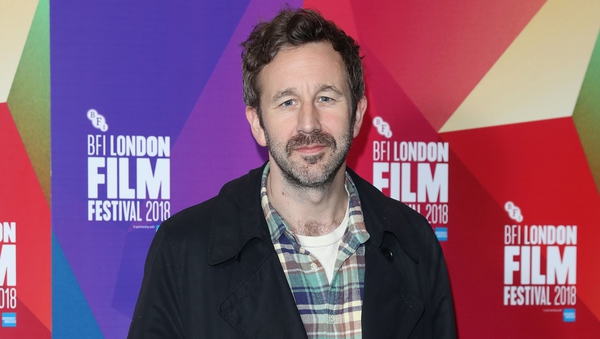