Saoirse Ronan will be among the presenters at the Golden Globe Awards this weekend in Beverly Hills.

Ronan was among the winners at last year's Golden Globes, taking home the Best Actress - Comedy or Musical award for her performance in Lady Bird.

The political biopic Vice leads this year's Golden Globes shortlist with six nominations. The dark comedy The Favourite, which counts Irish company Element Pictures among its producers, is nominated for five awards.

For the fourth year in a row, Irish actress Caitriona Balfe is nominated as Best Actress - Drama for her role in the television series Outlander.

The ceremony, which is hosted by Killing Eve's Sandra Oh and Brooklyn Nine-Nine's Andy Samberg, will be screened on RTÉ2 on Monday night, January 7, from 9:00pm. 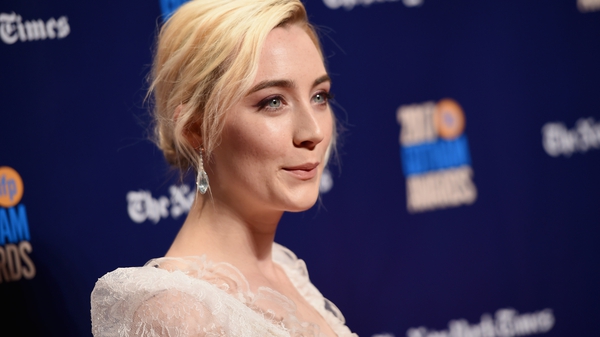 Saoirse Ronan and Kate Winslet to play lovers in movie