The Only Way is Essex star Gemma Collins has said she "can't wait" to prove people wrong when she gets her skates on for Dancing on Ice in January.

The reality TV regular, who quit ITV's I'm a Celebrity... Get Me Out of Here! after three days in 2014, said that although she understands people's doubts about her toughing it out on Dancing on Ice, she has a "fighting spirit".

They're scared, they're excited and they're sore to say the least... ??

Take a first look at our 2019 skating stars getting to grips with the ice! #DancingOnIce pic.twitter.com/aLGW4fqNTY

"It's all good TV, this is what it's about, the GC's all about the drama, isn't she?" Collins told The Press Association.

"I'm going to prove a lot of people wrong and that's the bit I can't wait for."

"If they said, 'We're filming the show tomorrow, are you ready?', [I'd say] 'Hell yes I'm ready!'" Collins continued.

"Everyone thought I was going to quit but I'm still here," she added.

Collins, who is partnered with professional skater Matt Evers, said that although she has cried "a million and one times" in training, she still thinks she is going to "smash it".

She also confirmed that she had been blocked from the Dancing on Ice stars' WhatsApp group but said that there is no bad blood between the line-up.

"They blocked me from the WhatsApp group twice," she said. "I just tell it how it is, so I've been barred from the group twice."

Among the other contestants taking part in the new series are singer Brian McFadden, Grease star Didi Conn and Coronation Street's Jane Danson.

The show, hosted by Phillip Schofield and Holly Willoughby, returns to Virgin Media One and ITV on Sunday, January 6. 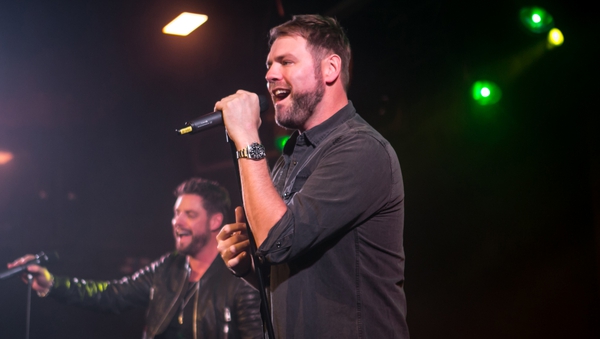