The BBC's project to rebuild the set of EastEnders will now cost £27 million more than had been originally planned.

The original budget for the refurbishment of the soap's set was fixed at £59.7 million in 2015, but the revised budget is now £86.7 million.

The completion date has been pushed back two-and-a-half years, from October 2020 to May 2023.

A report from the UK's National Audit Office (NAO) said a lack of expertise, over-optimism regarding costs and delays in construction led to the 45% budget increase for the project.

The BBC said the project was "large" and "complex" and added that there had been "challenges on the way".

The project - which is called E20 - will see the original 1984 set of the soap in Hertfordshire being rebuilt and expanded.

The set was only supposed to be used for two years but has lasted for 34. This has led to problems with health and safety, continual investments in refurbishments and the inability to shoot in high-definition due to the decaying set.

"The show remains one of the BBC's flagship programmes and yet is filming from a set that is no longer fit for purpose," the BBC said in a statement.

"The new set will be suitable for HD filming for the first time and extend Walford to better reflect modern East End London.

"It's a large, complex project which has already delivered many other vital improvements at BBC Elstree Centre but like any building work of this scale there have been challenges on the way, including construction market issues beyond our control and from working on a brownfield site.

"As the NAO recognises we've already made improvements and are keeping the project under close scrutiny."

The new EastEnders set will include a "Front Lot" replicating Albert Square and the traditional set, and a "Back Lot", which will include new Walford outdoor locations and will be made to look more like the streets of 21st-century London.

The NAO concluded in its report: "The BBC will not be able to deliver value for money on the E20 programme in the way that it envisaged in 2015.

"Disappointingly, some of the reasons for this were built into E20 at the outset and could have been addressed earlier." 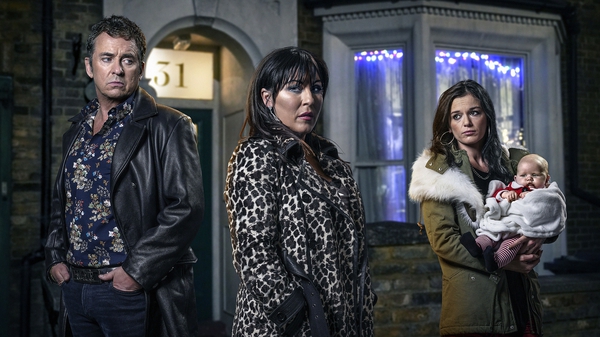 EastEnders star is in shock over 'massive' Christmas cliffhanger Soaps