EastEnders star Shane Richie has revealed that the BBC soap has lined up such a "big shock" on Christmas Day that even he said: "You can't do that. We've tipped it over the edge now."

Richie has just made his Albert Square return as loveable rogue Alfie, with Jean threatening to reveal to Kat that Alfie is the father of Hayley's child.

Now fans are speculating about whether the Grim Reaper will once again be visiting Walford for the festive season.

Richie told Metro UK that there are jaw-dropping moments ahead.

"Without giving too much away, this is a tough one to come back from, after you see what happens," he teased. "Someone's got blood on their hands is all I'm saying."

"There is such a big shock on Christmas Day," Richie continued.

"I will be so intrigued to see the reaction on social media with shock and how everything plays out after that," he continued.

"Only on Christmas Day could this happen.

"Why anyone would want to live in Walford I have no idea. But yeah, Christmas Day is massive and I've been privileged enough to see some of it." 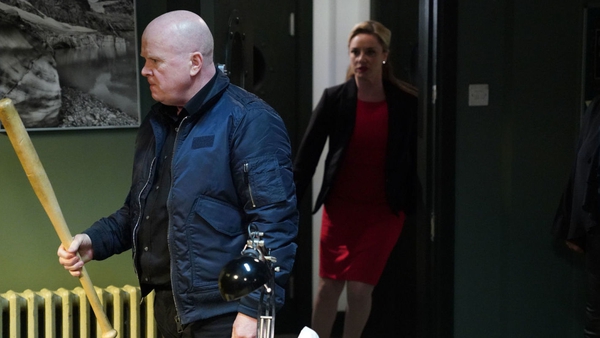