Love Island's Dani Dyer has said she is still in a relationship with Jack Fincham, saying the statement she released about their split came as a result of an argument they had.

The couple began their relationship on Love Island, going on to win the reality show, and Dani announced that they had parted ways with the intention of staying friends through her social media pages.

After her dad, EastEnders star Danny Dyer, told the Jonathan Ross Show that they hadn't actually broken up, Dani has now clarified where she and Jack stand to their fans.

Writing on Instagram, she said: "Just want to put all comments to bed. All I can say is I'm still 22 trying to get my shit together and grow into a woman but doing it in the public eye is sometimes hard and scary, but arguments are arguments and I love him.

"I can only please people who want to be pleased and I am having to learn that opinions are just opinions. Hope everyone can understand that i am just a normal girl."

The couple recently filmed a reality show about their relationship after moving in together.

In her earlier post, Dani had said: "Jack and I have sadly decided to part ways. It's been an incredible six months, and we will always have a place in our hearts for each other, but we've sadly come to the realisation that it's not meant to be long term.

"We both plan to stay friends. I hope you'll all understand." 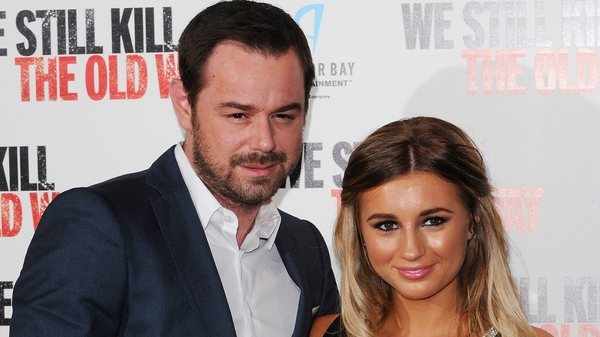