Dani, the daughter of English actor Danny Dyer, confirmed the news of their split in a message posted to her Instagram story.

She wrote: "Jack and I have sadly decided to part ways.

"It's been an incredible six months, and we will always have a place in our hearts for each other, but we've sadly come to the realisation that it's not meant to be long term."

The 22-year-old star added: "We both plan to stay friends. I hope you'll all understand." 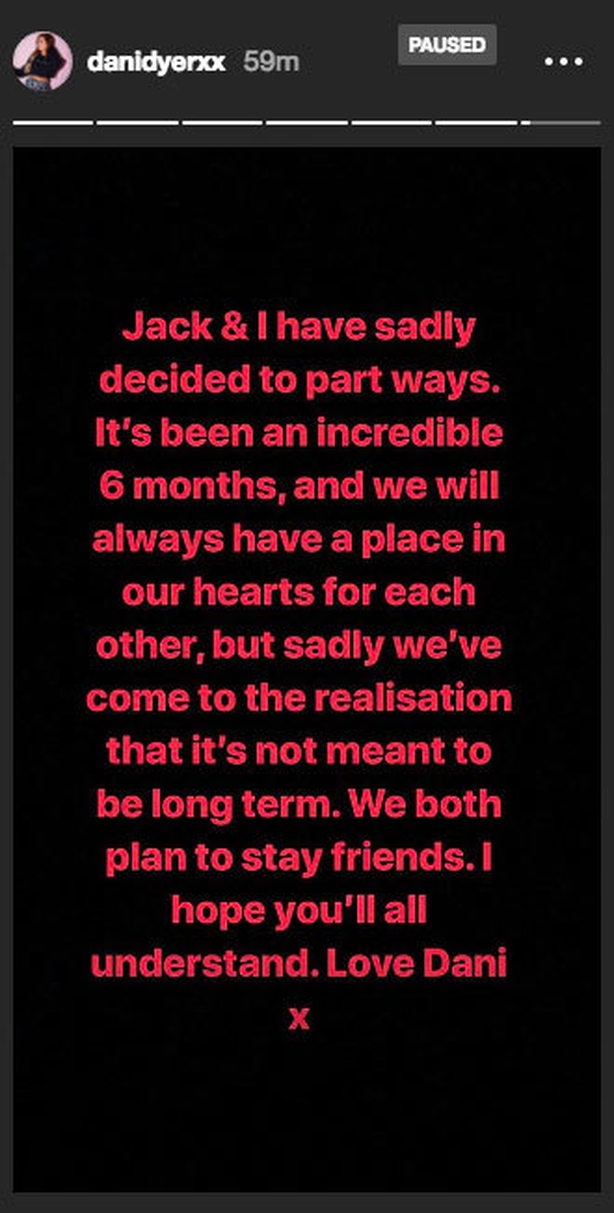 Jack has so far remained tight-lipped on the situation, although the now former lovebirds are due to host the National Television Awards 2019 together. That could be awkward!

Dyer and Fincham became a couple in the first weeks of ITV's Love Island and quickly became favourites among viewers.

They pair, who had recently moved in together, have been filming a reality show about their life together.

Wedding bells were rumoured for the couple after their Love Island win.