The quartet are scheduled to play St Anne's Park on Friday, May 31 and Saturday, June 1 2019. Subject to licence.

Kodaline released their new album, The Politics of Living, in September.

The album's original release date of October last year was pushed back after the band - singer Steve Garrigan, guitarist Mark Prendergast, bassist Jason Boland and drummer Vinny May - decided to go back into the studio to re-record approximately 60% of the songs.

Speaking to RTÉ Entertainment at the time of the album's release, drummer Vinny May said it's "been a long time coming".

"We took our time, we finished it and then decided it wasn't fully there, so we rewrote a good chunk of it," he continued.

"It was very different, we're very happy we did it. It just wasn't right, I don't know what it was," added guitarist Mark Prendergast.

"We loved some of the songs that we had done already but there was a few that collectively we didn't land on."

Kodaline are currently on tour in the US. 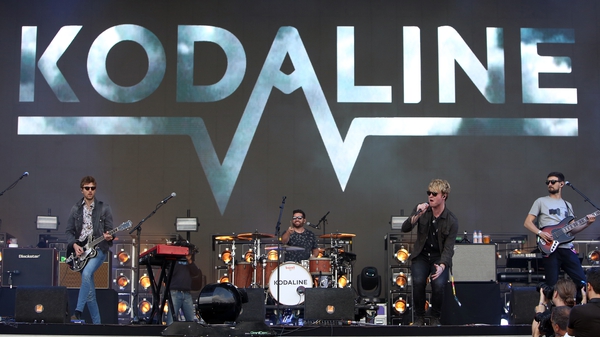