Comedian and actor Sarah Silverman is back as glitch girl racer Vanellope Von Schweetz in new Disney sequel Ralph Breaks the Internet and she says that sometimes she knows just how her animated character feels.

Speaking to RTÉ Entertainment, she said, "I grew up feeling like a glitch. I was a chronic bedwetter well into my teens and I thought it would be my greatest shame and my biggest secret.

"And in a way, like Vanellope’s glitch it did become my superpower because the idea of doing stand-up at 17 was not at all daunting because the worst thing that could happen is that you bomb and everyone hates you and that doesn’t even come close to eight weeks of sleepover camp when you’re a bedwetter."

In Ralph Breaks the Internet, which is released this Friday, November 30, Silverman reunites with John C. Reilly, who plays gentle giant Ralph, in an adventure that sees the 8-bit heroes leave their humble small town amusement arcade and escape into the brave - or grave - new world of the World Wide Web.

The film, the follow up to 2013's Wreck it Ralph, portrays the internet as a mostly positive place but both actors felt it was important that the darker side of cyberspace should also be explored.

"The way they brought the internet to life is pretty astounding," said Silverman. "It’s this land of endless possibilities and opportunities but it also feels like bombardment. It can build you up and tear you down."

Given their shared comedy backgrounds, Reilly said that there was plenty of room and time to ad lib when they were recording their characters’ voices for the film.

"There was nothing but freedom in the recording studio," he said. "Rich and Phil, our directors, would always encourage us if we got inspired or if we thought of an alternate version of doing a scene then they’d always encourage us to do it because there’s always the luxury of time when you’re recording the audio for animated movies because it’s done weeks and weeks in advance. So, why not? It was fun to do."

Silverman added, "The script is brilliant and it’s brilliant of them to also encourage us to be free and loose and then the animators, sometimes they figure out things that are cool and add an extra layer and we come back and re-record. They give themselves the time- years! - to build and build so many layers of depth and care."

Reilly will be back in Ireland in January to promote his next film Stan and Ollie in which he plays Oliver Hardy opposite Steve Coogan as Stan Laurel. 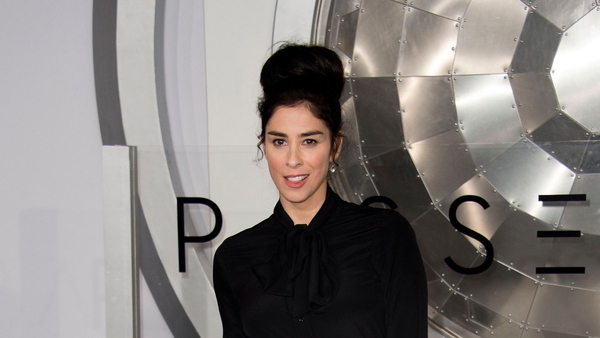