Extra dates have been added to Michael Bublé's tour next year due to demand.

The Canadian crooner is scheduled to make his return to Ireland next summer, playing Dublin's 3Arena on Thursday, June 6 and Belfast's SSE Arena on Sunday, June 9, 2019.

Tickets for the extra dates are on sale now from €90.50 including booking fee for Dublin and from £80.00 for Belfast. 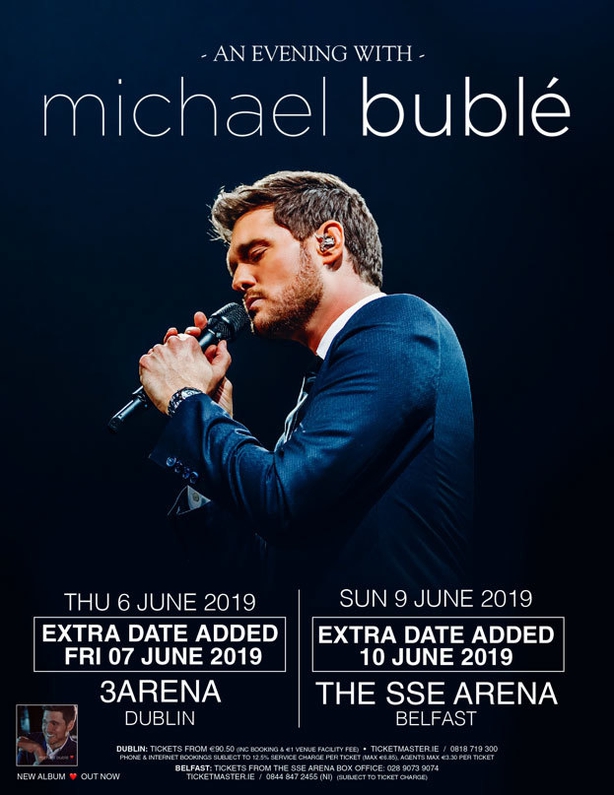 Last summer, Bublé returned to the stage after a lengthy absence for sold-out shows at Croke Park, Dublin and London’s Hyde Park.

The singer had taken a two-year break from his career while his son Noah battled cancer.

Ahead of his comeback gig at Croke Park, Bublé said he had been "to hell and back" over the past few years, but that getting the chance to play Croke Park was "heaven".