Ed Sheeran stopped playing in the middle of a show in London on Monday so a fan in the crowd could propose to his girlfriend.

The pop superstar pressed pause on his performance of Perfect to allow 34-year-old Matthew Reed to propose to Rebecca, his girlfriend of four years.

"She shares my dreams, I hope that some day I'll share her home," Sheeran sang, before stopping. Then he said: "Two seconds, can everyone just be quiet so this man can ask a question?"

Reed then rose to rapturous applause from the surrounding fans and confirmed to Sheeran that the happy couple were now engaged. 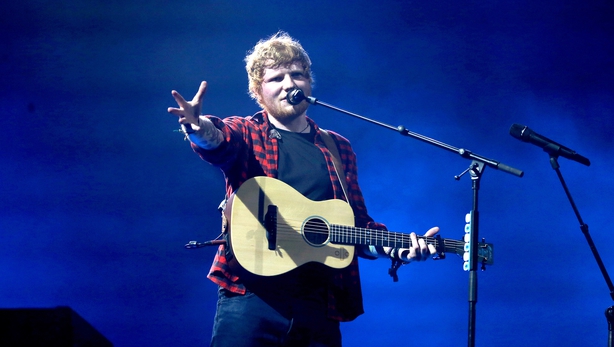 "Fantastic," he replied, before restarting the song and continuing with the show.

Speaking after the performance, Sheeran refused to be drawn on the rumours around his own marriage status, despite being spotted wearing a wedding ring.

"It's not my life anymore, it's hers. So I kind of don't really like speaking too much on it because when, like, it's me, I'm like 'Of course I can talk about it' but now there's another human being in my life," he told Heart Radio, which had organised the intimate performance.