Irish X Factor contestant Brendan Murray has said he is "absolutely over the moon" after making it through to the fourth weekend of live shows.

Guys, Thank you so much, honestly I appreciate every bit of support and thank you to every one who voted! absolutely over the moon! Bring on week 4 ❌🎤🔥 @thexfactor @Louis_Tomlinson pic.twitter.com/2nGE74Ar9V

The Galway singer went straight through to this weekend after the results of the public vote were announced on Sunday.

Sunday night's show also saw boyband United Vibe eliminated after receiving the lowest number of public votes with Molly Scott and duo Acacia and Aaliyah singing off to stay in the competition.

Show boss Simon Cowell chose to save his act Scott, with fellow judges Louis Tomlinson, Nile Rodgers - standing in for Robbie Williams - and Ayda Williams deciding to put Acacia and Aaliyah through. Afterwards Cowell joked that he wanted a recount of the public vote.

There had been drama when voting on Saturday night's show was cancelled after sound difficulties, with the voting lines opening instead on Sunday.

The X Factor continues on Virgin Media One and ITV on Saturday, November 10, at 10.30pm. 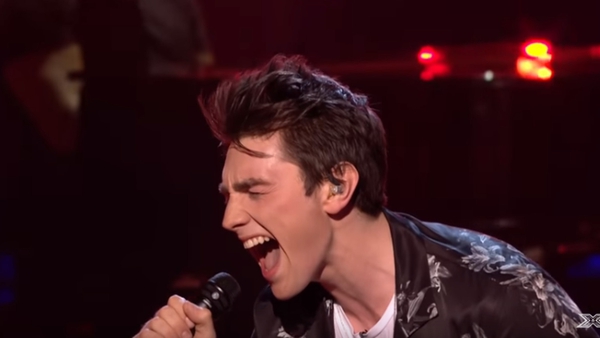