Smiths guitarist Johnny Marr was overwhelmed by his family and fans turning out to support him in Athy, Co. Kildare where he unveiled a plaque celebrating his roots in the town.

The plaque, which forms part of the Made in Athy project, was unveiled by Marr on Emly Square and he told RTÉ that it was a "beautiful" visit.

"It's kind of almost overwhelming seeing these faces that have turned out, and some of them look like me as well which is kind of amazing," Marr said.

"I'm meeting some of my cousins and my relatives so, on a personal level, it's beautiful."

Both of Marr's parents are from the town, with them moving to Manchester to start a new life for themselves as a young couple.

When asked if he would seek Irish citizenship saying, he said, "If they'll take me, I'm on board. If they'll have me, I'm around!"

Marr's visit to Athy came before he took to the stage in the National Stadium in Dublin on Friday night following his show in Belfast on Thursday.

Taking to Twitter Marr described the gig as "off the scale."

23 plaques will be unveiled as part of the Made in Athy project, with the Stone Roses' Mani next up for the honour.

Dublin, night 2, was off the scale. pic.twitter.com/FxLcmjBTnG 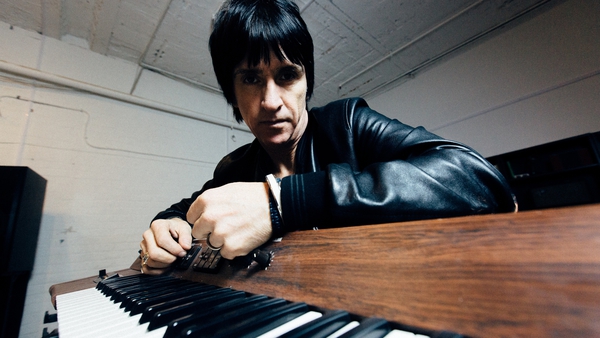