The Big Bang Theory star Jim Parsons has topped financial magazine Forbes' list of the highest-paid TV actors for the fourth year in a row, with estimated earnings of $26.5m.

Parsons, who is also an executive producer on spin-off show Young Sheldon, is followed on the list by his Big Bang Theory co-stars Johnny Galecki ($25m) and Simon Helberg and Kunal Nayyar (each $23.5m).

"All four Big Bang Theory stars saw their paychecks drop from last year after the original cast opted to take a cut from an estimated $1 million an episode to $900,000 in an effort to boost [co-stars] Mayim Bialik and Melissa Rauch's fee," writes Forbes' Natalie Robehmed. "But they still snag points of the show's back-end, which adds an estimated seven figures a year for each."

The list, which covers the period June 2017 to June 2018, sees NCIS star Mark Harmon rounding out the top five with an estimated $19m.

The Walking Dead's Andrew Lincoln completes the top 10 with an estimated $11m.

In August, it was announced that The Big Theory would end after its current 12th season. 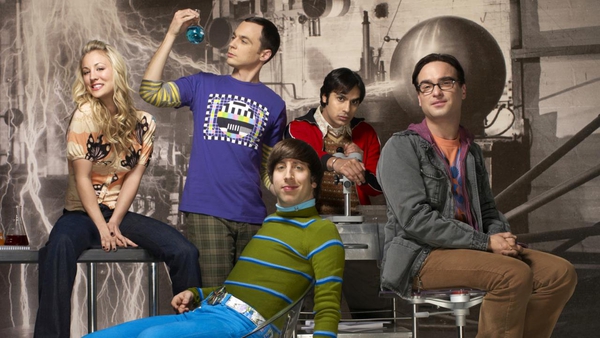 Big Bang Theory going out with a bang after Season 12