The surviving members of The Cranberries have paid tribute to their late friend and bandmate Dolores O'Riordan and offered their support to her family after an inquest ruled on Thursday that she died by drowning due to alcohol intoxication.

Coroner Dr Shirley Radcliffe recorded a verdict of accidental death at Inner West London's Coroner's Court on Thursday following Dolores O'Riordan's death in January in a London hotel, where she was staying on a short visit for a number of scheduled recording sessions. Police officers had found the singer submerged in a bath of water in the bathroom of Room 2005 at London's Hilton Park Lane Hotel.

In a statement, The Cranberries' Mike and Noel Hogan and Fergal Lawler said: "On January 15th 2018 we lost our dear friend and band mate Dolores O'Riordan. Today we continue to come to terms with what happened."

"Our heartfelt condolences go out to Dolores' children and her family and our thoughts are with them today," the statement continued.

"Dolores will live on eternally in her music. To see how much of a positive impact she had on people's lives has been a source of great comfort to us. We'd like to say thank you to all of our fans for the outpouring of messages and their continued support during this difficult time.

"We request, please, for our privacy to be respected at this time."

O'Riordan's family have said they remain heartbroken and miss her every single day, even more so on what would have been 47th birthday. 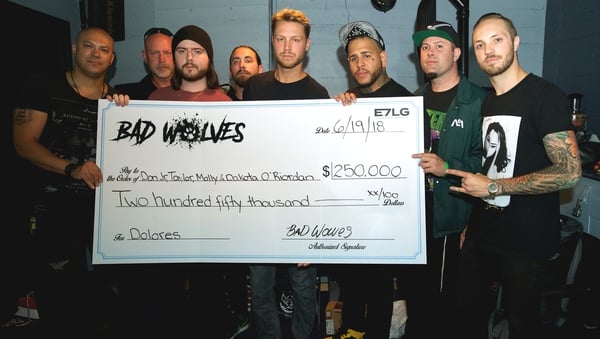