Bono has said he is "so happy and relieved" to be able to continue U2's European tour after a dramatic night onstage in Berlin on Saturday which saw him losing his voice and the band scrapping the show after a couple of songs.

In a message posted on U2's website, Bono said: "I've seen a great doctor and with his care I'll be back to full voice for the rest of the tour. So happy and relieved that anything serious has been ruled out.

"My relief is tempered by the knowledge that the Berlin audience were so inconvenienced. There was an amazing atmosphere in the house, it was going to be one of those unforgettable nights but not for this reason… We can't wait to get back there on November 13."

News agency AFP had reported that Bono appeared to be struggling with his vocals a few songs into U2's set at Berlin's Mercedes-Benz Arena - their second date in the German capital after the Friday night opener of the iNNOCENCE +eXPERIENCE European Tour.

Bono drank from a flask a number of times before deciding he could no longer continue the show. It was thought that smoke machines may have affected his voice.

U2 playing in Berlin, Bono has lost his voice after just a couple of songs - show paused, but likely to be cancelled pic.twitter.com/CdcJE9FIqg

The power of #bono voice before it surprised him in #Berlin and left him abruptly...he was singing his guts out (per usual). @u2 @U2eiTour  The crowd so felt for him as he with surrender was obviously powerless and vulnerable. He’s real and he’s human, too, like we all are. pic.twitter.com/f0Tl3hhuA2

"I think we can't go on. It's not right for you," an upset Bono told the crowd.

The band left the stage as the crowd waited to see if the show would resume, but fans were soon told the concert was over.

A statement on the band's website on Saturday night read: "We're so sorry for tonight's cancellation.

"Bono was in great form and great voice prior to the show and we were all looking forward to the second night in Berlin, but after a few songs, he suffered a complete loss of voice.

"We don't know what has happened and we're taking medical advice."

"As always, we appreciate our audience's understanding and all our fans' support in Berlin and those who travelled from afar. We will update you very soon," the statement added.

The band's next concert is scheduled for Cologne on Tuesday September 4.

The Dublin date on November 10 had been pencilled in as the final date of the tour, but the rescheduled show in Berlin on November 13 will now see the European trek end where it began.

Video from the opening night of the tour in Berlin: 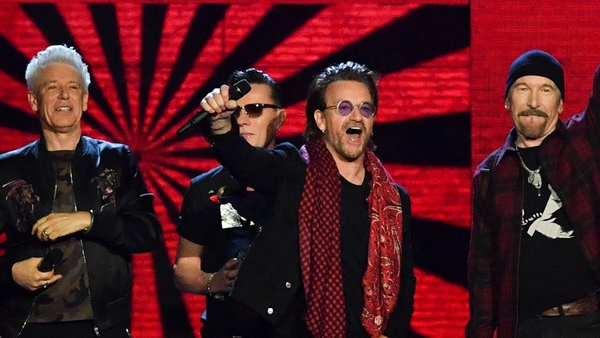 U2 to develop visitor attraction in Dublin's docklands