Stormy Daniels has explained why she decided to drop out of Celebrity Big Brother at the last minute, saying it was due to a custody issue involving her daughter.

The American adult film star was expected to be in the line-up of the Channel 5 reality show, but reportedly dropped out at the last minute on Thursday evening.

It had been widely reported that Daniels, who rose to fame after suing US President Donald Trump following an alleged affair, had allegedly demanded extra money for appearing on the show.

She was then scheduled to appear on ITV's chat-show Loose Women on Friday, but cancelled the interview, instead talking to panellist Jane Moore off-screen.

Today @StormyDaniels was due to talk to us live in the studio. Due to reasons out of our control, the interview couldn’t go ahead. Watch this space... pic.twitter.com/AB54DMdYqA

Presenter Kaye Adams said Daniels was prevented from appearing on the show due to legal issues.

Moore relayed the details of her chat with Daniels, telling the studio audience: "This is her side of the story.

"She says that, late last night, she was due to be on Celebrity Big Brother and there was a custody development involving her daughter in America - she is in the middle of a divorce. She showed me an official email.

"She thought, 'I can't commit'. She said being a mother comes first. What she wanted to do was sort that out."

Moore said Daniels offered to appear on the Celebrity Big Brother live launch to explain the situation but was told she could not.

Moore added: "She says the stories about her asking for more money are rubbish.

"She is very angry; she feels as though she's had her power taken away from her. She wants to come on."

Meanwhile, Daniels' lawyer Michael Avenatti told the Press Association that the reason she exited the show was because of a row with producers who were allegedly pressuring her to act in a way she felt uncomfortable with.

"It was over a row with producers," he said. "They insisted she conduct herself in a certain way - they attempted to control her and produce a certain result, which she did not feel comfortable with."

A spokesperson for CBB did not deny a row with producers and said Daniels told the production team "hours" before the show was due to air that she did not want to participate as agreed "several months earlier".

"Producers discussed a variety of options with her but were unable to agree any acceptable conditions for her entering the house," the spokesperson added.

STATEMENT: Stormy Daniels was booked to appear on the show several months ago and hours before the show was due to go live, informed the production team that she no longer wished to enter the house as previously agreed. #CBB pic.twitter.com/qb35iAnXY0

Daniels made international headlines over claims President Trump's then personal lawyer Michael Cohen had paid her hush money days before the 2016 election to stop her claiming she had an affair with the tycoon in 2006.

The President denies the allegations. 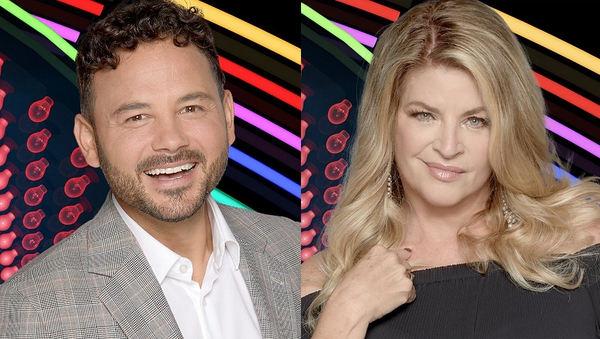 Corrie and Cheers stars in the Celeb Big Brother house