They appeared on BBC's The One Show on Friday night to reveal they would be taking to the dancefloor.

"I love dancing and I love the joyfulness of the programme itself," Silverton told the Strictly website.

"So I am really looking forward to doing something I have never done before, which is to learn how to dance, take part in an entertainment show and generally immerse myself in a very different world to one I am used to!"

Ah!! So I can FINALLY break cover & confirm I will be swapping the newsroom for the ballroom & joining the @bbcstrictly line up! Can't wait for all the sparkle, fun & challenges ahead!  #bbcstrictly #beingfearlessfindingjoy #tenoclockmoves pic.twitter.com/K1PEFZeFRP

"It's just something that I and no one I know would expect me to do," said Walsh.

"Everyone looks like they're having so much fun on it. It makes me laugh every time I imagine doing it."

Earlier on Friday it was announced that former Pussycat Dolls singer Ashley Roberts was also joining the Strictly line-up.

Roberts, who appeared on I'm A Celebrity . . . Get Me Out Of Here! in 2012, and featured as a judge on Dancing On Ice, was confirmed to join the hugely popular dancing series during The Chris Evans Breakfast Show.

"People are texting in saying, 'Can't you tell us who the Strictly contestant is because we're not going to be here when she comes on?'" Evans told listeners.

"I said it was a she yesterday and it is a she. Well, I could, I suppose, and just do it again. I don't think anybody is going to mind.

"It's Ashley Roberts. There you go. Just don't tell anyone I told you, because our loyalty is to our listeners. So there you go."

En route to @achrisevans Heard ya mentioned my name already. Why did I have to get up so early!?! 😜♥️💃🤘🏼 https://t.co/PUk7H3v1Mt

As well as her dancing days with the Pussycat Dolls, Roberts studied modern dance in California and featured as a backing dancer in numerous music videos, including Pink's Trouble.

More names are yet to be announced.

Strictly Come Dancing is back on BBC One next month. 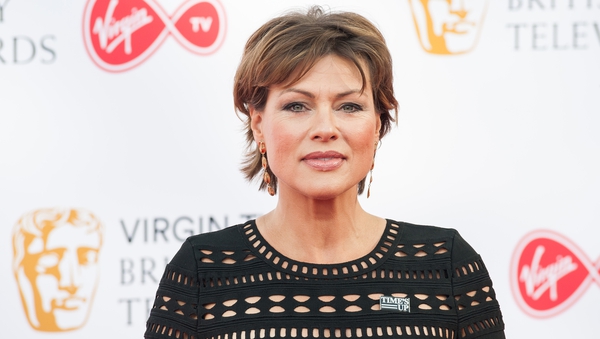