Reports from the US say that the singer Aretha Franklin is "gravely ill" at her home in Detroit, Michigan.

US entertainment trade publication Variety says members of the singer's family provided Detroit station Local 4 with news on her condition this morning.

"I am so saddened to report that the Queen of Soul and my good friend, Aretha Franklin is gravely ill," Local 4's Evord Cassimy tweeted on Monday. "I spoke with her family members this morning. She is asking for your prayers at this time."

A later tweet by Cassimy said Franklin is "resting and surrounded by close friends and family".

Just got a chance to speak to Aretha Franklin. She is resting and surrounded by close friends and family. More details ahead on Local 4 News at 12pm. #ArethaFranklin #aretha

The 76-year-old has battled ill health in recent years but continued to tour and record.

Last year she announced plans to retire after releasing one more album.

"I must tell you, I am retiring this year," she told Cassimy at the time. "I will be recording, but this will be my last year in concert. This is it."

She added that she would "do some select things".

"I'll be pretty much satisfied, but I'm not going to go anywhere and just sit down and do nothing," she said. "That wouldn't be good either."

In a career spanning over 50 years, Franklin has sold over 75m records with soul anthems including Respect, Think and (You Make Me Feel Like) A Natural Woman. 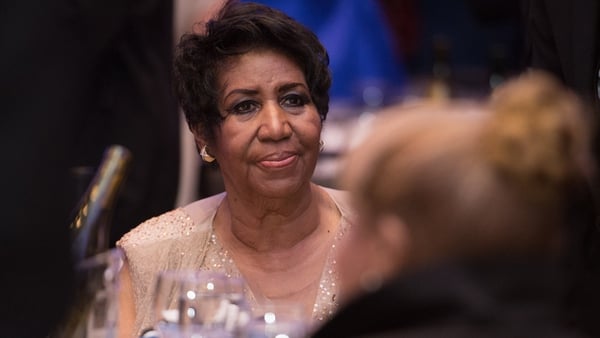