Aquaman star Jason Momoa has said he is "so proud" of his character's standalone film and is really happy with the end result.

Momoa first appeared on the big screen as Aquaman in 2016's Batman v Superman: Dawn of Justice and has since appeared in 2017's Justice League, with his highly anticipated standalone coming later this year.

The former Game of Thrones star leads a star-studded cast, with Nicole Kidman, Amber Heard and Patrick Wilson among his co-stars, and he is "really, really happy" with how it has come together.

"It's the giggle effect, it's been 5 or 6 years in the making and I'm finally here," Momoa said at the Aquaman panel at Comic-Con.

"My heart is big and open and I'm so proud of it. The cast is amazing and the director, it's a beautiful origin story and I love it, I'm really really happy."

At the panel in San Diego, the cast gathered with director James Wan to premiere the first full trailer for the film, which showed off the movie's impressive special effects as well as giving details about the plot, which sees Aquaman, a half-human, half-Atlantean, caught between two worlds.

Aquaman is slated for release on December 14. 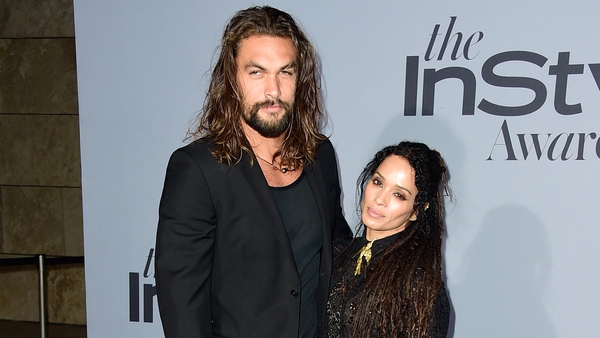