Scarlett Johansson has denied an allegation that she auditioned to date Tom Cruise following the end of his marriage to Nicole Kidman, describing the claim as "so demeaning".

The allegation was made by a former Scientologist, Brendan Tighe, in an interview on NBC's Megyn Kelly Today in the US on Wednesday. The allegation has also been denied by the Church of Scientology.

"The very idea of any person auditioning to be in a relationship is so demeaning," Avengers star Johansson in a statement to US entertainment trade publication the Hollywood Reporter.

"I refuse for anyone to spread the idea that I lack the integrity to choose my own relationships. Only a man aka Brendan Tighe would come up with a crazy story like that."

"Every time he [Tom Cruise] would show up we had to get our teeth whitened and overlooked. If you were part of anything to do with his service or entourage you had to be seen by the dentist." says a fmr member of the #ChurchOfScientology #MegynTODAY pic.twitter.com/ItnZSvtB0a

Tighe claimed in his interview that while working as part of the Church of Scientology's security he saw reports of women who had allegedly auditioned to date Cruise, one of whom he alleges was Johansson.

Tighe told the show that the reports were accidentally sent to his printer, and Johansson's was the only name he remembered because it was the only one he recognised.

Karin Pouw, a representative of the Church of Scientology International, told the NBC show: "Brendan Tighe was a Church of Scientology Flag Service Organisation security guard/night watchman from 2002 to 2009. The 'access' he boasts of having was largely limited to viewing security cameras from a guard booth." 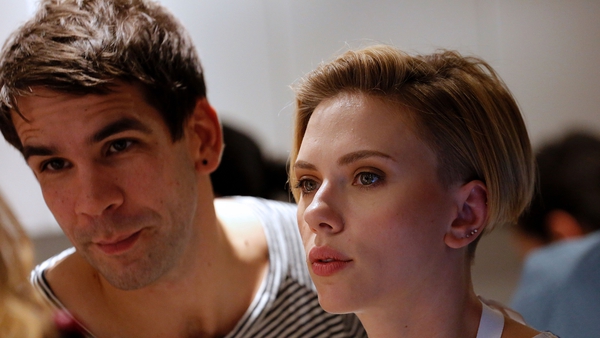 Scarlett Johansson says end of marriage is out of bounds