A number of well-known faces gathered at the border between the United States and Mexico to protest against the separation of migrant children from their parents.

Stars including Joshua Jackson, Amber Heard, Lena Dunham, Sia and Mira Sorvino came together in the town of Tornillo in Texas on Sunday to call for an end to the controversial policy.

President Donald Trump has come under intense criticism for the family-separation situation, which stems from a zero-tolerance approach that criminally charges anyone caught crossing the border illegally.

Last Wednesday (June 20), Trump signed an executive order to keep families together but that did not stop the celebrities protesting.

Sharing his a photo from the protest, actor Joshua Jackson wrote: "This was 10:00 am in Tornillo, Texas. We were standing outside the detention facility where hundreds of children are being held in tents. It was already near 100 F out there."

"These are not summer camps. These are not acceptable conditions for children. This is a humanitarian crisis of our own making," he continued, adding the hashtags " #stopseparatingfamilies#endfamilydetention."

Heard posted a picture of herself holding a placard reading: "Apartheid was legal. Holocaust was legal. Legality is a matter of power, not justice."

Laws are meant to protect and defend our rights 2 liberty & justice, not destroy them. Thnx to all who continue to speak up and fight 4 the principles that did make this country great pic.twitter.com/GWHY9bcP5M

She captioned the image: "Law is meant to protect and defend justice, not destroy it."

Sorvino posted a selfie alongside Dunham, captioning the image: "TY so much @lenadunham for inviting me on this moving journey of bearing witness at the border.

"Tho they would not let us pass through, knowing that those children were there on the other side of the barbed wires, in a desert where the heat was easily over 100, made me want to fight even harder to #EndFamilySeparation."

Actress Dunham also posted a group shot of protesters holding up signs calling for an end to family separation.

The Girls star wrote: "We came to Tornillo, Texas, to show our solidarity with the families who have been separated, the children who are alone, the parents who are grieving and the undocumented Americans who are losing more than I can fathom. Thank you, Tornillo, for showing us a warm border welcome and reminding us that together we rise." 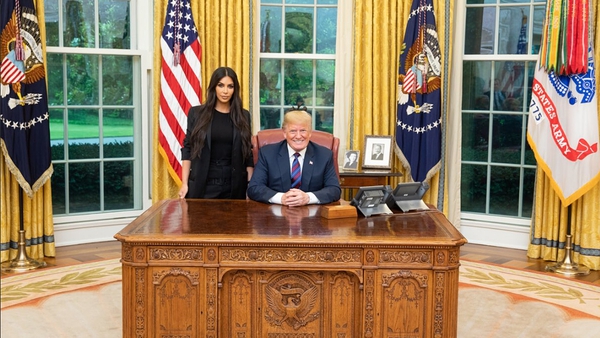