Charlie Bird has opened up about the struggle of bringing his book A Day In May to the stage, saying it has "not been an easy task".

In 2015, the journalist and broadcaster compiled a collection of personal testimonies from members of the LGBTQ community and their family and friends recorded at the time of the marriage equality referendum.

Now, playwright Colin Murphy has adapted those stories and framed them within the broader battle for gay rights in Ireland from the 1980s onwards.

A Day In May is debuting at The Olympia Theatre on June 24 and 25 which will coincide with the 25th anniversary of the decriminalisation of homosexuality in this country. All profits from the production will go towards Pieta House and the play has been dedicated to the memory of James, a young man who died by suicide following homophobic bullying that took place after the referendum.

At the play's launch Bird spoke to RTÉ Entertainment about the difficulties of making the theatre adaptation come to fruition.

"We have struggled really hard, this has not been an easy task to get this to the stage," he said.

"I thought up to about ten days ago I was going to be in the debtors prison to get this play where it is today. And this is a shameless plug, we are still looking to get bums on seats."

The broadcaster went on to say that this play will "challenge you like no other".

"It is not just a play, this is something where people are pouring their hearts out," he said.

"For me what’s really important, it’s not just that the profits are going to Pieta House, it’s that Pieta House can spread the message which they need to spread using the vehicle of the play, because the issue of homophobic bullying and self harm hasn’t gone away."

Writer Colin Murphy, known for his political dramas Haughey/Gregory, Guaranteed! and Bailed Out, said that he knew the stories Bird compiled for his book would translate effortlessly to the stage and admitted it has been "an emotional play to write".

"For some reason he had an instinct that there could be a play in them, and by god was that instinct right," Murphy said. "The stories that he gave me in that very raw form, question and answer, people stumbling, were incredibly moving and dramatic and tragic and heroic.

"I took Charlie’s work and I interwove it with the story of the long campaign, not just for marriage equality but for gay rights, going back to the eighties.

"It’s not just about individual stories, it’s about a whole movement and ultimately the heroic success of that movement against, when you go back, impossible odds."

Northern Irish actor Conor Gormally is one of the leading stars of the play and says there is a lot of work still to be done with regards defeating homophobia and transphobia in our society.

"And it is getting better, it’s getting so much better, in the past ten years the progress that has been made is incredible but there is further to go and marriage equality isn’t the last step, it isn’t the final frontier. There is further to push and we really need to come together as a society in order to make sure that all people are accepted and involved."

He added of the play: "While it’s also touching on themes of tragedy and people’s real life stories which are obviously not all joyful, the piece itself and what we’re doing with it, is a joyful celebration or all these people who have fought so hard.

Tickets for A Day In May on Sunday June 24 and Monday June 25 at The Olympia Theatre are available through Ticketmaster. All profits go to Pieta House. 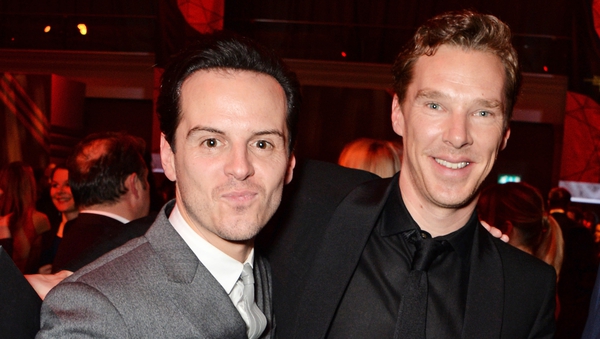