Andrew Scott has said there was "no rivalry" with his Sherlock co-star Benedict Cumberbatch over their performances as Hamlet on the London stage.

Cumberbatch was acclaimed for his role as the Danish prince in 2015, with Scott earning the plaudits for his portrayal last year. Both received Olivier Award nominations for Best Actor for their performances.

In an interview with The Guardian, Scott was asked if there had been any rivalry between himself and Cumberbatch, given that they played Hamlet so soon after each other.

"There was no rivalry," the Dublin actor replied. "It has to be your own thing, you have to bring who you are to it - so it shouldn't be similar."

Scott described his experience of starring in Hamlet as "extraordinary".

"I'm still absorbing it," he continued. "After I finished, two weeks later I did King Lear: I had a Shakes-year, boom-boom.

"But it's the stamina. Sometimes I thought I can't do it - three hours and 50 minutes, twice on a Wednesday and Saturday. And it's not light material; you have to go to a dark place."

Scott added that he wanted his Hamlet "to be engaging for people who'd never seen it before".

"Rob Icke [director] and I wanted it to be a play that would ignite our 14-year-old selves," Scott explained. "And the big thing was to try to speak the language in as conversational a way as possible. To attack the play for what it is rather than what you think it is - because it's so famous. I do think it is the greatest play ever written."

Scott's most recent film, the Irish domestic drama The Delinquent Season, has just been released on demand.

He told RTÉ Entertainment at the IFTAs earlier this year that he would like to work in Ireland "as much as I possibly could". 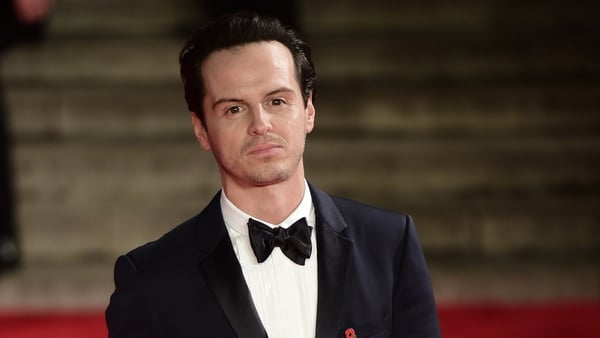 Andrew Scott wants to work in Ireland as much as possibe