Fair City star Alan O'Neill has died in Los Angeles at the age of 47, his casting agent Annette Walsh has confirmed.

In a statement to RTÉ Entertainment, Walsh said: "It's with deep sadness I confirm this morning [Friday] the passing of Alan O'Neill, a brilliant, funny and kind human being. My thoughts are with his partner, children, family and friends.

"I'll personally miss knowing Alan isn't sharing the planet with us, despite the miles between L.A. and Dublin, Alan was only ever a phone call away. May he Rest In Peace."

A cause of death has yet to be released, but it has been reported that O'Neill suffered with heart problems.

O'Neill was best known in Ireland for his role as Keith McGrath in Fair City before going on to star as Hugh in the cult motorbike gang drama Sons of Anarchy.

In a statement to RTÉ Entertainment, a spokesperson for Fair City said: "All of us are so deeply saddened to hear this terribly sad news. Alan was a breath of fresh air on set, always full of energy and passion. He was an absolute joy to work with.

"During his time on Fair City his contribution to both his character and the production was always peppered with an enthusiasm that became infectious. He will be missed greatly by all in Carrigstown.

"His family and friends are in our thoughts at this very difficult time."

O'Neill made his acting debut in the 1997 TV movie Ballyseedy, going on to star in a selection of mini-series, shorts and feature films. He was most recently seen in 2016's Urge.

He first appeared in Fair City in 2006, departing the soap in 2012. Shortly after leaving Fair City he joined Sons of Anarchy, starring in the show's sixth and seventh seasons.

Tributes have been pouring in for the late actor, with Jane Gogan, Head of RTÉ Drama, saying: "Alan was a kind, funny and gentle person who showed great courage in his career as an actor. My deepest sympathies to his family and friends."

Fair City star Jenny Dixon, who did not appear opposite O'Neill on the soap but did work with him on the 2012 short film Invisible, tweeted that he will be sadly missed, while sharing her thoughts and prayers with his family.

One of the first films I did & a privilege to act across from @AlanONeill19 .A great friend who taught me so much. Thank you for your kindness. So very sorry to hear of your passing. A great man, sadly missed. My thoughts & prayers to you & to your family😢🙏 pic.twitter.com/Kygj7pybWo

Sharing a number of photos of them on the set of Invisible, Dixon said: "One of the first films I did & a privilege to act across from @AlanONeill19. A great friend who taught me so much. Thank you for your kindness."

Seamus Power, who plays Dermot on Fair City, said he "always enjoyed working with him".

So sad to hear of the passing of Alan O’Neill who played "Keith" in Fair City. Always enjoyed working with him. Rest In Peace old pal. pic.twitter.com/8EnoRnwmLT

Fellow Irish Sons of Anarchy star Timothy V Murphy, who played Galen O'Shay on the series, sent his condolences, tweeting: "My good friend Alan O'Neill died today....we worked together on The Sons of Anarchy...my condolences to his family."

My good friend Alan O’Neill died today....we worked together on The Sons Of Anarchy...my condolences to his family @SonsofAnarchy pic.twitter.com/JTCwsWc6Kp 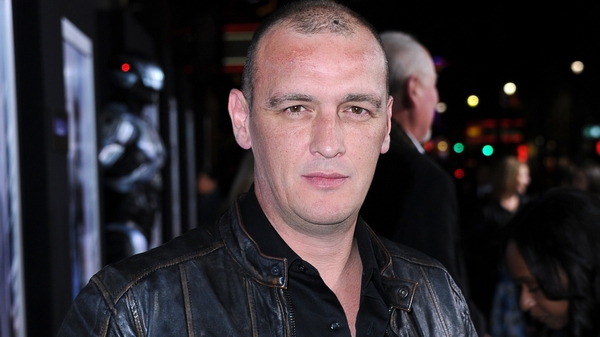