Catastrophe star Sharon Horgan is co-creating a new Dublin-set comedy for RTÉ2, Women on the Verge, which is based on Lorna Martin's book Woman on the Verge of a Nervous Breakdown.

Horgan and Martin have written the six-part series for RTÉ2 and UKTV's entertainment channel, W, with production under way in Dublin and London.

Billed as "darkly comic", Women on the Verge follows three thirtysomething friends - played by Kerry Condon, Eileen Walsh and Nina Sosanya - as they deal with personal and professional trials and tribulations.

Laura (Condon), Katie (Sosanya) and Alison (Walsh) think their friends and colleagues all seem to have a better handle on adult life than they do.

Horgan is executive producing Women on the Verge through her company, Merman, and will also star as the series' enigmatic psychotherapist, Dr F.

Describing herself as a huge fan of Martin's source book, Horgan said she is very happy that she is
"finally getting to bring her story to the screen and destroy whatever privacy she has left".

Justin Healy, who is executive producing Women on the Verge for RTÉ, said that "the writing and performing talent across the series is phenomenal".

"The fact that UKTV and Sharon were keen to produce an Irish scripted comedy is testament to the fact that Irish people are incredibly funny and that we have some of the best creative comic voices around, something we will continue to develop and support at home and internationally," he added.

Horgan was among the winners at last week's IFTA Gala Television Awards in Dublin, taking home the Female Performance award for her work on Catastrophe. 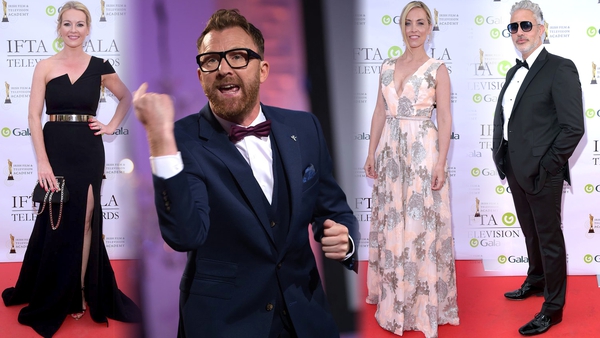 Stars out for the IFTA Awards in Dublin