Singing Irish priest Father Ray Kelly will make his bid for a place in the final of Britain's Got Talent tonight.

The 64-year-old parish priest in Oldcastle, Co Meath is performing as one of the remaining hopefuls in the last of this week's semi-finals.

The "too old for this craic" Fr Kelly secured his place in the Britain's Got Talent semi-finals when the four judges put him through on Saturday night's show.

"I'm too old for this craic!" Post a 😍 if you love @fatherraykelly as much as we do! #BGT pic.twitter.com/v2205rSgBP

In previous years on the semi-finals, the two acts with the most viewer votes in each show went through to the final.

But in a new twist this year, only the act with the most votes goes through automatically, with the other finalist chosen by judges Simon Cowell, Alesha Dixon, Amanda Holden and David Walliams from the second and third-placed acts on the night.

Friday night's semi-final begins on TV3 and ITV at 7:30pm, with the final taking place on Sunday June 3, also at 7:30pm.

Show boss Cowell described Fr Kelly as one of his "favourite ever auditions" after his performance of REM's Everybody Hurts earlier in the competition moved the audience to tears. 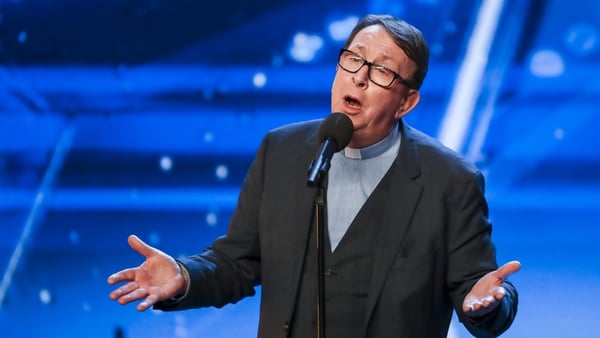