Singing Irish priest Father Ray Kelly has made it through to the live semi-finals of Britain's Got Talent.

The 64-year-old parish priest in Oldcastle, Co Meath took to the BGT stage in front of judges Simon Cowell, David Walliams, Alesha Dixon and Amanda Holden on Saturday night to find out if he had booked his place among the 40 semi-finalists.

"To get to perform in the semi-finals live, it would just get me here [pointing to heart]," Fr Kelly said. "It would be an amazing experience."

As Fr Kelly awaited his BGT fate onstage with his fellow contestants, judge Amanda Holden said to him: "You better thank him upstairs, sir, because you're all through to the next round!"

Simon Cowell had described Fr Kelly as one of his "favourite ever auditions" after his performance of REM's Everybody Hurts earlier in the competition moved the audience to tears.

McPartlin, who stepped down as host after a drink-driving charge, will not co-present the live shows with Donnelly going solo.

What a night of auditions! We'll see you on Monday for the first night of Semi-Finals! @SimonCowell @DavidWalliams @AleshaOfficial @AmandaHolden #BGT 🎉🎉🎉🎉🎉🎉 pic.twitter.com/XzAlnoRy3o

The Britain's Got Talent live semi-finals begin on TV3 and ITV on Monday at 7:30pm, with the final taking place on Sunday June 3. 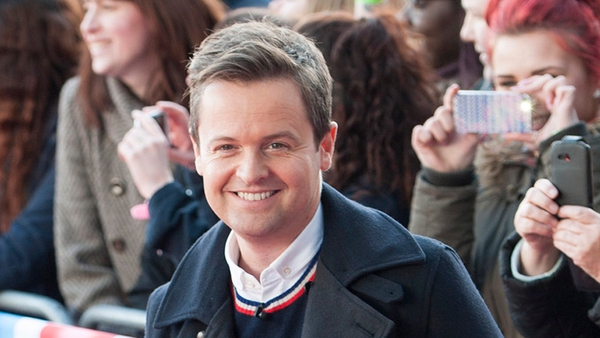