ITV has announced that Declan Donnelly will host the upcoming Britain's Got Talent live shows on his own, while presenting partner Ant McPartlin "steps down from his TV commitments for now".

The broadcaster said the auditions for the new series of Britain's Got Talent were filmed in January, before McPartlin was charged with drink-driving. He is currently receiving treatment.

"Dec will be hosting the live shows, which for the first time ever are coming from the Hammersmith Apollo, while Ant steps down from his TV commitments for now," ITV's Head of Entertainment Siobhan Greene said at a preview screening of the first episode of the new series.

"We send Ant all our love. And we know that Dec will do a brilliant job."

Thanks for all the lovely messages again this week, we’re all so glad you enjoyed the #SaturdayNightTakeaway series finale. We’ve had a blast in Florida, now it’s holiday time! Thanks for your support. D x

The new series of Britain's Got Talent begins this Saturday, April 14, on ITV and TV3 at 8:00pm. 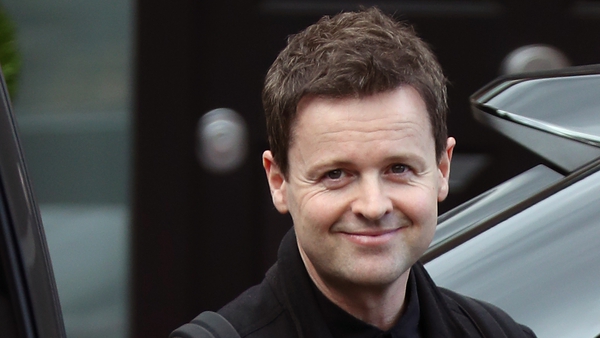