Ronan Keating's 12-year-old daughter Ali was injured after falling from her pony, Red, during a horse riding competition.

The Boyzone singer’s youngest daughter suffered broken bones in the fall and was taken to hospital for surgery.

Ali's mother, Yvonne Connolly, revealed the distressing news on Instagram to her 25,000 followers.

"Last weekend Ali had her first show on her new pony, Red,"  Yvonne wrote on the picture sharing site.

"After a cruel turn of events, Ali ended up in hospital on Tuesday after a fall from him (not his fault).

"Just home today. She’s now out of the saddle for 8-10 weeks and missing lots of competitions we had coming up. To say she is devastated is an understatement.

"After hours of surgery to repair broken bones she hopes to come back stronger. #bionicwoman #brave #red."

The couple have three children together. 41-year-old Keating also has a son Cooper with his second wife Storm who he met in 2012 when they were both were working on The X Factor Australia.

The singer recently declared that Boyzone's forthcoming album will be their final one.

"We've had 25 amazing years and we promise that this will be our biggest and best year yet." 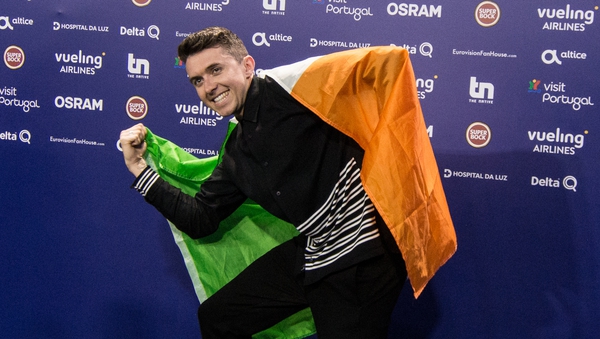 Ryan O'Shaughnessy 'couldn't be prouder to be Irish'