Vicky Phelan, a woman awarded damages over a wrong smear test result, has shared a photograph of her daughter meeting her idol Ed Sheeran at his concert in Cork on Sunday night, thanking The Ray D'Arcy Show on RTÉ Radio One for organising the meet and greet.

Phelan took to Twitter on Monday morning to share the backstage picture of her daughter Amelia with Sheeran, captioning it, "And this happened yesterday. My daughter, Amelia, met her idol Ed Sheeran."

Adding her thanks to Ray D'Arcy and Will Hanafin, the producer of The Ray D'Arcy Show, for organising the meeting, Phelan worked in one of Sheeran's song quotes saying, "We are 'keeping this love in a photograph'."

And this happened yesterday. My daughter, Amelia, met her idol, @edsheeran. A massive shout out to my new BFF @willhanafin and @RadioRayRTE for organising this for Amelia. We are "keeping this love in a photograph." 🤩 pic.twitter.com/jAsuy4kDUU

The Perfect hitmaker now has a couple of days off before taking to the stage in Belfast on Wednesday night.

Amazing 😉 gesture by #edsheeran last night by agreeing to meet Amelia  - #vickyphelan ‘s daughter - @RadioRayRTE were happy to play our part to make it happen with @aikenpromotions for that amazing woman and her family pic.twitter.com/rM2f2FBXbi 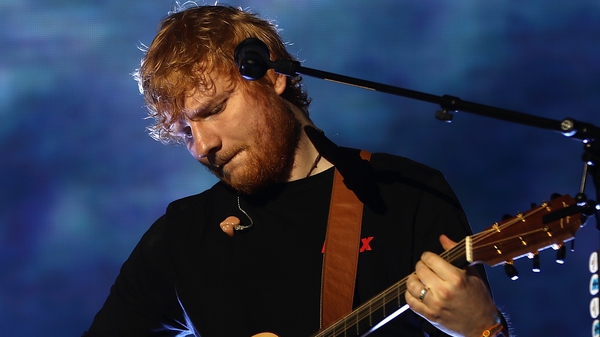 Ed Sheeran lights up Cork as the sun goes down