Thousands of Ed Sheeran fans are in Cork City for the first in a trio of sold-out concerts at Páirc Uí Chaoimh.

The series of major outdoor concerts are the first for the stadium since its multi-million-euro redevelopment.

One-hundred-and-twenty-thousand tickets for Sheeran's Cork gigs were snapped up within a matter of hours when they went on sale last year.

Friday's show marks the start of Sheeran's string of Irish dates with more concerts in Cork, Galway, Belfast and Dublin to come. These are the first Irish performances in Sheeran's hectic schedule since April 2017.

Sheeran's Irish promoter, Peter Aiken, told RTÉ News that the tour was the singer-songwriter's idea and now that it is about to start, it is very exciting.

He said Cork is buzzing with excitement, the whole place knows it is on, and he hopes people really enjoy it.

With over 40,000 people in the city for Friday night's first concert, local Gardaí are warning of traffic delays coinciding with evening commuter and May bank holiday traffic.

Strict security and traffic management plans are in place in and around the stadium.

Concert-goers are reminded no bags are allowed; tickets may be subject to ID, and that there will be no parking at the stadium.

Some 1,500 people will be working at the stadium each day over the weekend with 150 Gardaí on duty.

Mallow Search & Rescue will also mount river patrols. Buses and trains arriving into the city are said to be heavily booked.

A tag-a-child system will be in place for younger fans.

Concert information targeting all age groups on all social media platforms can be found under #EdCork and #Ed_Sheerleaders.

The last concert at the old stadium was in 2013 when Bruce Springsteen played a memorable three-hour set. 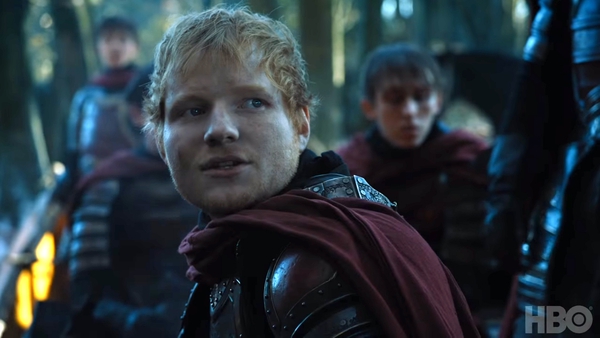 What Ed did next: Ed Sheeran's biggest moments since his last Irish show