Gigi Hadid and Zayn Malik have sparked rumours they might rekindle their relationship after they were reportedly spotted kissing and hanging out in New York.

The 23-year-old supermodel and the 25-year-old former One Direction star announced their split last month in a statement on their social media pages. However, it looks like the pair may be back on!

According to TMZ, Malik and Hadid were spotted hanging in New York on Sunday and engaging in some PDA when they were snapped by photographers. 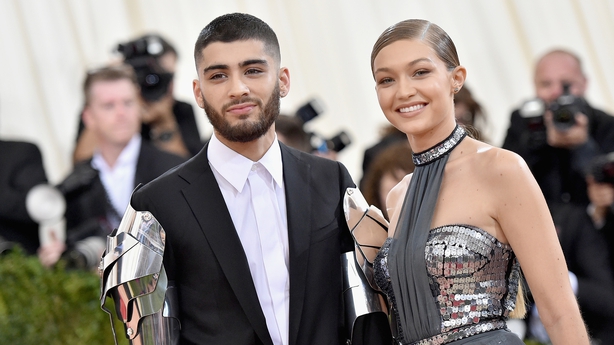 Their public appearance comes days after the Victoria's Secret model liked a video the former X Factor star posted in which he was promoting his new record.

Malik recently revealed to Ryan Seacrest that his new single, Let Me, is about Hadid, and admitted he thought he would be in love with her "for the rest of my life".

"I was aspiring to be in love with someone for the rest of my life and the rest of theirs, as we all do. Things change and we move forward in life. Times change, but that's what I was thinking when I wrote it," he said.

The star added that he doesn't regret their relationship, continuing: ''We go through experiences so we have memories and stories and things to write down and contemplate and think about.

"You get to really put your experience into something. It should be remembered forever.''

Let Me is taken from Malik's upcoming second album, the follow-up to his 2016 debut, Mind of Mine.