Liam Payne has told One Direction fans that "patience is key" to the boyband getting back together - as a quintet.

"This is the only way One Direction could get any bigger than it was is, these next couple of years if we do well in our solo careers," he told the host. "Imagine the concert of five massive solo artists coming together and doing their own thing? You'll get five concerts in one. It can be amazing."

"Patience is key." ??♥?@LiamPayne just gave @grimmers some HUGE news on how a future 1D reunion could look... and it sounds INCREDIBLE ?? pic.twitter.com/MWh0rBJ3qC

"I can see it now," replied Grimshaw. "You need, like, a revolving stage, five sections, then at the end it'll turn into one stage."

"Exactly," enthused Payne. "I mean, I just think people will pop out with different tunes at different times. And then people will join in maybe, you know? Louis will do the J Balvin rap [from Payne's new song Familiar]!"

"Get your Spanish book out, Louis," laughed Grimshaw.

"I think that's what people need to understand," continued Payne. "I know people don't really necessarily like this - but who are massive One Direction fans - but this is the only way that your thing that you love can get any better for you. Just, patience is key."

Payne said he wanted to tour his upcoming solo album and "enjoy all that a little bit first".

"We've all worked hard for, and I think we deserve our time to do those things," he explained.

"Like I say, it will be all worthwhile for the viewers and people who are massive fans later on. It's going to be even better for you than you expected, so just hold tight."

"You'll learn so much separately as well," offered Grimshaw.

"Yeah, yeah, yeah, we'll see," concluded Payne. "And who knows what the next album is going to sound like when we've all been off and stripped it down and stuff like that? Who knows?" 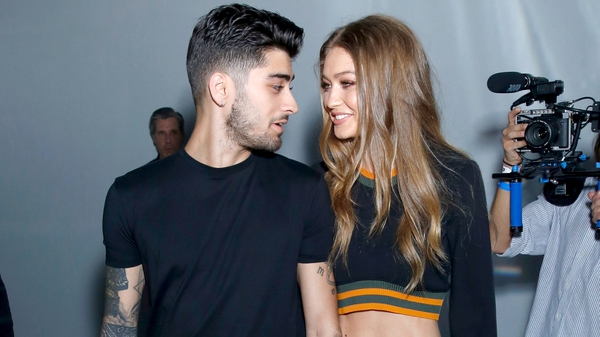