Liam Neeson is to film a love story, Normal People, in Belfast this July, with the romantic drama already tipped as a possible Oscar contender.

US entertainment trade website Deadline, which first reported the story, said that Neeson will star opposite Phantom Thread's Lesley Manville in the film, which will be directed by the Good Vibrations duo of Lisa Barros D'Sa and Glenn Leyburn.

Deadline said the film "features two meaty acting roles which have been flagged by those in the know as potential awards contenders".

Based on a script by playwright Owen McCafferty, Normal People tells the story of a married couple, Joan and Tom, and the challenges they face when Joan is diagnosed with breast cancer.

"It explores big questions and small moments of human connection with unique wit and warmth and a luminous and unflinching candour," they continued.

"We are thrilled at the prospect of bringing this beautiful, honest and unsentimental story to life with Liam Neeson and Lesley Manville in the starring roles, two of the most remarkable actors working on screen today."

In an interview with RTÉ Entertainment in January, Neeson spoke of his desire to make more films at home.

"I'd love to do some more stuff in Ireland, absolutely," he said. "Not least being a huge Vikings fan and a Game of Thrones fan."

"I'm thrilled with the success of those shows," he continued. "The production value and the acting; seeing all the production design side, everyone involved; people I've kind of known over the years... That's terrific.

"To make more movies in Ireland? I'd love to. Spread the word!" 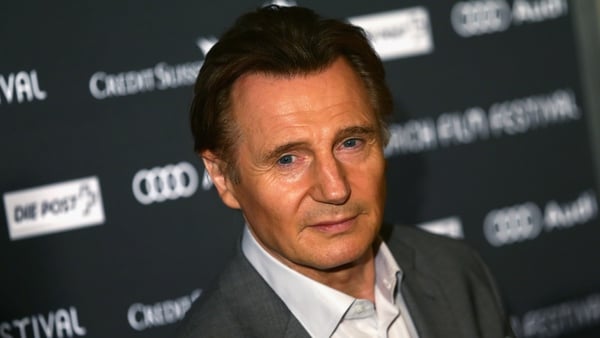