Professional dancer and former Strictly champion Joanne Clifton has doled out some advice for the remaining Dancing with the Stars contestants as they head into the semi-finals next week.

Clifton, who won Strictly Come Dancing in 2016 along with sports presenter Ore Oduba, appeared on Sunday's quarter finals to perform to What A Feeling alongside her castmates from Flashdance the musical which is coming to the Bord Gais Energy Theatre this summer.

Speaking ahead of her performance on Dancing with the Stars, the pro dancer said she was "so excited" to be taking part in the show.

She told RTÉ Entertainment: "I'm so grateful that they asked me to come over because it's given me back all of the feelings I had on Strictly, and I loved being on Strictly because the audience is energetic, the atmosphere's brilliant, you can see how much everybody supports each other, and that's what I loved about it."

When asked what advice she would give to the remaining Dancing with the Stars contestants, Deirdre O'Kane, Jake Carter, Anna Geary and Erin McGregor, she said: "It's different for everybody, but how me and Ore did it, we worked well because he's very dedicated, but we got on and we had fun.

"We also didn't put too much pressure on ourselves, we didn't say 'oh let's try and make it to the final', we took it week by week."

She added: "We just decided we would just do the best we can because nothing else, what the judges say, what the audience vote, nothing else is under our control, so what's in our control is to work hard and have a good time."

The dancer said that she saw some of the dress rehearsal ahead of Sunday's show and thought Erin and Ryan were brilliant.

"It was to Chicago, a tango. It was fierce, she had a great frame, it was brilliant," Clifton said. "And even in the dressing room there were people standing up applauding them.

"I haven't followed the show, but I will now, I will be following it on YouTube or wherever I go because I've been here and I've seen them do it!"

For more Dancing with the Stars news, click here. 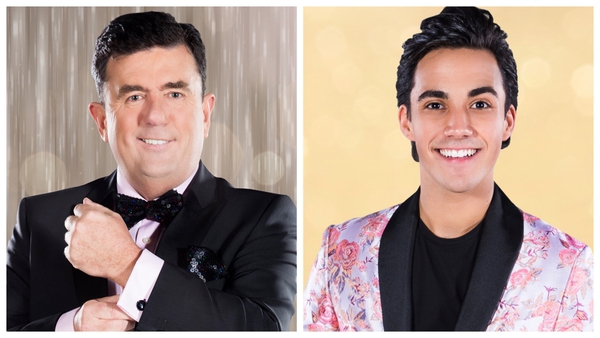